Home > Wishing you a happy and safe Christmas 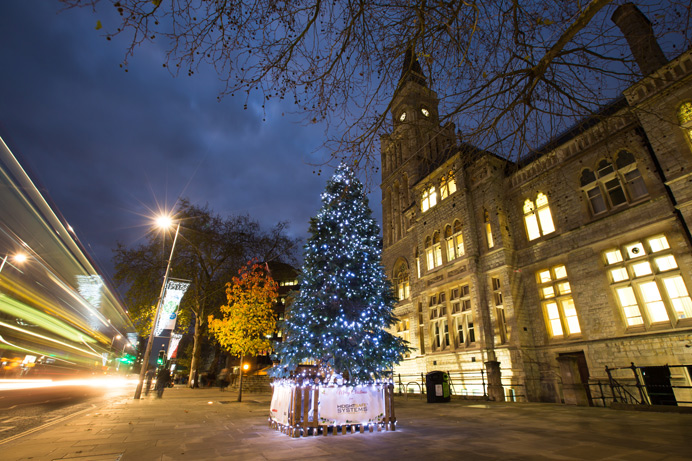 Wishing you a happy and safe Christmas

With Christmas and the end of 2022 rapidly approaching, I wanted to wish you a happy and safe Christmas, and also to take a few moments to look back and reflect on what has been a very challenging year.

I must start by recognising the loss of Queen Elizabeth II. Back in June we came together as neighbours, a borough and a nation to celebrate the Platinum Jubilee, celebrations which are even more poignant with the passing of Her Majesty in September.

The year has also been overshadowed by the Russian attack on Ukraine, actions which could not have been anticipated but which has had a devastating impact on Ukrainians and also partly led to the cost-of-living crisis that we find ourselves in now. Once again Ealing residents showed their compassion and support for those from Ukraine who found themselves refugees from war and stepped forward to help with offers of accommodation. Thank you.

The year has also been a busy one, and I’d like to update you on some of the activity that has been taking place in the borough.

Ofsted inspections have brought our total the number of council-run schools being rated as good or outstanding to an incredible 97%.

We have made a £3million commitment to planting 50,000 trees across Ealing and our parks and open spaces have been awarded a record 24 Green Flags, a sign that a park keeps the highest standards, is beautifully maintained and has excellent facilities.

We launched The Travel in Ealing Charter, setting out how the council will work with residents to deliver transport and active travel projects.  £6.25million has been invested in improving pavements, tracks and roads to make them safer and support cycling, walking, running and scooting across all seven towns. £1million is being spent on expanding the number of low-cost bike hangers to slash waiting lists, and we’re delivering 50 in the new year and at least 150 by 2026.  I’m also pleased to say that the cost of a bike hangar in Ealing is now the lowest in London.

We carried out a Safer Ealing for Women listening programme and have turned up the lights! We’re upgrading 3,100 light columns and have invested more than £2million into upgrading all remaining streetlights.

And we very recently opened the long-awaited Merrick Road Bridge, linking the north and south of Southall.

Following the findings from the Ealing Race Equality Commission’s report, we have set up a citizens’ tribunal and are establishing a civic leadership development programme for underrepresented communities.

A new women’s only gym, has been opened at Dormer’s Wells and great progress has been made on the future for Warren Farm and Gurnell Leisure Centre.

And, after over 11,000 of you responded to our Shaping Ealing consultation, making it the largest consultation exercise we’ve ever undertaken, we are working hard on producing a new Local Plan in continued partnership with you.

Creating good jobs has been core to our mission, and I’m so pleased with our progress. After making an investment of £2 million in July, I’m delighted to say that all home care workers in Ealing are now receiving the London Living Wage.

To date, 493 residents with barriers to employment have been helped into new jobs, a further 1,572 residents have achieved new qualifications and 1,012 new jobs have been secured for residents.

Park Royal has also recently been announced as one of the new Mayor of London’s Creative Enterprise Zones, which will help support 30 young local creatives.

You can find out more about what is planned to be delivered over the coming years in The Council Plan, which was published in July. If you want to keep updated with how we’re making progress year on year, check out the annual action delivery plan which goes into the detail of what will be delivered in the first twelve months of the Council term.

It really has been the most extraordinary year but I know that, for many, this time of year can bring additional challenges. If you are struggling financially or with your health and wellbeing, please do seek help and advice and know that you’re not alone.

Whether you are celebrating Chanukah, Christmas or the joy of spending time with loved ones, I hope you stay happy and safe and I’ll see you in 2023.