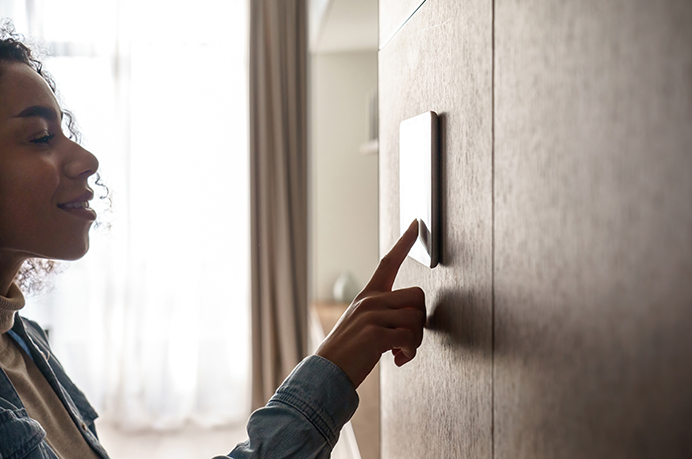 We are in a climate emergency. And we are in a cost-of-living crisis, with energy at the forefront of it. These things are not unrelated. Electric-only heating might hold some of the answers.

And, with energy costs a challenge to an ever-increasing number of households, there is also an urgency to find a cheaper way to run our homes.

The answer, many hope, will be found in new, innovative ‘green’ technology that replaces our reliance on gas.

In fact, a recent Oxford University study found that switching away from fossil fuels like gas and transitioning to greener energy would save the world trillions of pounds – while also helping the environment.

Ealing Council has been one of those leading the way by trialling several electric-only, energy efficient heating systems in local council housing. We have featured two of these recently in Around Ealing: Energiesprong and NexGen.

They are electric-only because gas is by far the worst offender in our homes when it comes to carbon emissions. And it is also an ever more financially expensive fossil fuel for us to use. The war in Ukraine has further highlighted how important it is for us all to get off gas.

What is more, electricity can be generated in a greener – and far cheaper – way. Renewable energy can even be brought right to your doorstep by installing solar panels on your roof and smart batteries or thermal storage units, as the council has been doing.

Indeed, the council is committed to ending gas boilers being installed, or replaced, in its homes from 2023.

Gas cannot be part of our future

“Gas is not only heating our homes, but heating up the climate emergency,” said Councillor Deirdre Costigan, the council’s cabinet member for climate action. “And it’s also hard on our pockets at a time when we can least afford it.

“Securing a carbon-neutral future for Ealing by 2030 is vital to the council’s climate action plan. We knew we needed to look at ground-breaking and bold solutions to the biggest challenges facing us and we are now seeing these pilot schemes get under way.

“If one or more of these schemes prove to be as successful as we hope they will be, then we can potentially look to eventually introduce them in thousands of our homes.

“This isn’t just good for the climate, it’s also good for our tenants by reducing how much energy they need to buy from the open market.

“It could be a game changer nationally, too, as others start to follow suit. And that can have other positive knock-on effects. The green energy and green homes industries are growing fast and these kinds of projects could help put Ealing at the forefront of the green economy.”

‘Electric wallpaper’ using pioneering technology is being fitted in council homes in Greenford in a pilot scheme that Ealing Council is running with energy company NexGen Heating. As we reported previously, it is replacing the gas heating in 25 homes with special, warmth-emitting panelling on the ceilings.

It is as thin as wallpaper and harnesses two types of cutting-edge technology, graphene and far infra-red, to make it feel as if you are sitting in the warm glow of the sun’s rays, in your own home.

It can be flipped on and off in specific rooms, like a light switch, providing instant heat. So, unlike traditional heating, it does not have to be on throughout the whole house. It can be turned on in the rooms where you are – thus further saving energy and money. And solar panels on the roofs are generating much of the electricity.

This is a Dutch concept which means ‘energy leap’. It retrofits existing homes to make them incredibly energy efficient by improving or replacing existing heating and ventilation systems.

Buildings are wrapped in protective insulation, triple-glazed windows, and draught-proof doors; and powered with electricity mainly generated by solar panels on the roof. The work keeps the home at a steady 21 degrees Celsius all year round – and there is no longer any need for gas.

Our borough is leading the way in London and, as we reported, work started this autumn on council-owned homes in South Ealing, with nearly 70 houses and flats earmarked for the project.

A third trial scheme, which (as we reported) began this autumn, will see 50 local homes have new technology installed underneath the buildings.

AirEx replaces traditional air ventilation bricks under older homes with a brick-shaped device with a flap that opens and closes depending on the weather conditions.

The warmer it is, the more the flaps open; and the colder it gets, the more they close. This helps to save money on energy bills – up to 12% in tests – and is easily operated via WiFi in your own home.

The scheme has been tested and approved by Ofgem, the national energy regulator.