Home > Housing to take a leap forward with Energiesprong 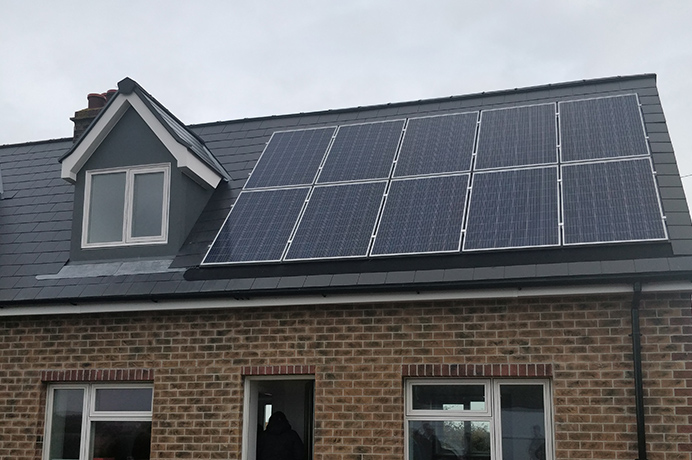 Housing to take a leap forward with Energiesprong

According to the Committee on Climate Change, 40% of the UK’s carbon emissions – which are harmful to the environment – come from households. And almost half of these come from heating alone.

And, with energy costs a challenge to an increasing number of households, how can we cut the amount we pay to run our homes while tackling the global environmental crisis that led Ealing Council (among many authorities) to declare a climate emergency?

The council is hoping to tackle both problems head-on, using a ground-breaking approach from a Dutch concept called Energiesprong which ‘retrofits’ existing homes to make them incredibly energy efficient.

Energiesprong means ‘energy leap’, and that is just what the council is hoping the project will do – take a big leap towards more energy efficient homes.

Reducing energy consumption and securing a carbon-neutral future for Ealing by 2030 is vital to the council’s climate action plan.

You can also find out how you can get help to make your home more energy efficient, too, at the bottom of this story.

Buildings are wrapped in protective insulation; and powered with electricity mainly generated by solar panels on the roof. The work keeps the home at a steady 21 degrees Celsius all year round – and there is no longer any need for gas. The newly retrofitted homes get performance guarantees, to make sure they stay at comfortable temperatures throughout the year, and the best part is that residents can remain in their homes while work is carried out, because nearly all of the improvements take place on the exterior of the home.

It was first trialled in the UK in Nottingham – and now Ealing is leading the way in London with 40 council-owned homes earmarked to have a retrofit overhaul later this year at the Village Park Estate (partially funded by the national Social Housing Decarbonisation Fund). A further 24 council-owned flats will then follow suit in 2022/23 (partially funded by the EU’s Interreg MUSTBE0 scheme). And, perhaps, more to come after that – with other councils also keen to get involved, too.

Grant funding has been secured from a variety of sources, enabling the council to carry out nearly 30 more retrofits than originally planned. One of the benefits of Energiesprong is that each home effectively pays for itself through what would have otherwise eventually have been paid out in energy bills and maintenance.

Councillor Mik Sabiers, Ealing Council’s cabinet member for housing, said: “If approved, this scheme will effectively mean the existing homes getting a new lease on life, with heavily insulated walls and lofts, triple-glazed windows, and draught-proof doors, as well as an entirely new low-carbon heating system. It’s like being fitted with a giant tea cosy or jacket.

“And they will have solar panels on the roof, so each household can generate most of their electricity through their own renewable energy.

“Not only does this help the residents by drastically cutting their energy bills and making sure they never have to worry about heating their homes in the winter; but it also slashes the home’s emissions. It will be innovations like this that can genuinely help us address the climate emergency and make a dent in the council’s climate action target of becoming a zero-carbon borough by 2030. It might also provide the UK with another tool to combat fuel poverty.

“This is just one part of the council’s wide-ranging £250million investment in improvements to our housing stock.”

Designs are to be drawn up in April and the full plan is due to be heard by the council’s cabinet in June. If it receives all the required permissions, it is intended for work to begin later this year.

You can save too

Do you want to save on your energy bills and ensure that your home is warm in the winter and cool in the summer? The Green Homes Grant: Local authority delivery scheme (GHG:LAD), funded by the secretary of state for business, energy and industrial strategy, might be able to help.

Seven London boroughs have joined together to carry out smart energy efficiency retrofits on up to 700 homes across the participating boroughs. Those living in the coldest and least efficient properties may be eligible for up to £10,000 of grant funding to cover the installation of efficiency measures, such as low carbon heating systems, insulation, and smart heating controls.

Find out more about the GHG:LAD scheme.