Home > Where did our parks’ names come from? 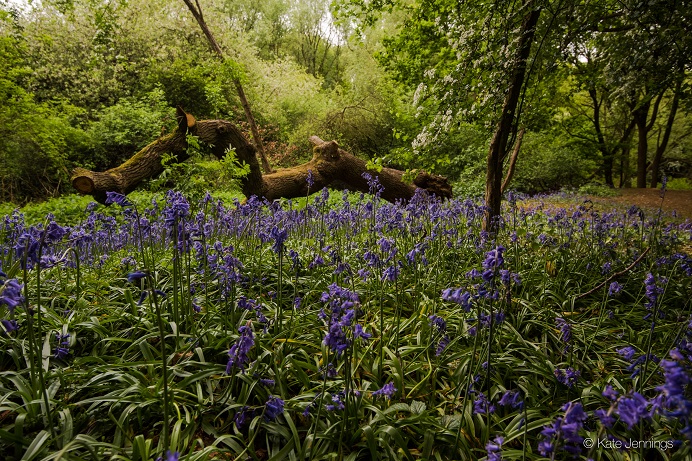 The borough is well known for its parks and open spaces. However, the reasons for our parks’ names are less well known – and have all kinds of origins, including from a French tightrope walker, a Victorian MP and an early pioneer in mental health. With the help of Dr Jonathan Oates, we found out more.

Many of Ealing’s open spaces are named after their locality and so require no further explanation. Ealing Common, Pitshanger Park, Horsenden Hill and Acton Park are self-explanatory. Yet others are less obvious without some understanding of the local history of the locality and grounds of the park itself. Some parks are named after former residents and other people who had a connection with that piece of land and we shall now turn to some of these.

From Walpole to Wesley

We’ll start with Walpole Park. This is perhaps Ealing’s most central and well-known park as well as one of the largest at 30 acres. This was once the grounds to what is now Pitzhanger Manor and was purchased by Ealing Council as a park. It was once suggested it should be called Perceval Park after the surnames of the last private residents there, the Perceval sisters. However, it was decided to call it Walpole Park because the last owner was Spencer Walpole, son of Sir Spencer Walpole, MP and Ealing’s most prominent citizen in the Victorian era. He lived in The Hall next door, on which site a college now stands. The younger Walpole was the man who sold house and grounds to the council for £40,000.

Wesley Playing Fields in North Acton might conjure up a connection with the founder of Methodism, John Wesley, but nothing could be further from the truth. It is named after the man who gave the land to the council to be used as a park in 1931 This was Harold Wesley who owned a firm of stationery manufacturers on Acton Lane. Nearby Wesley Avenue and Harold way are also named after him.

Lammas Park may also be an obscure one. It was Ealing’s first park, bought by the council in 1881, so predating nearby Walpole Park by two decades. It was originally agricultural land but was called Lammas because that was the name given to the day (1 August) from which land that had been harvested could be used for cattle grazing. The park was opened to the public on 1 August 1883.

Blondin Park in Ealing stands on what used to be farmland, much of which was comprised of orchards. In 1928 the land was bought by Ealing Town Council (as it was then) and it was converted into a public park. The park got its name from Charles Blondin (1824–1897), a French tightrope walker famous for crossing the Niagara Falls, who spent his last years living in Ealing close to the park – with his third wife in a home he had named Niagara House after his most famous daredevil stunt. He became so synonymous with tightrope walking during the 1800s that statesmen such as Abraham Lincoln referenced his exploits in speeches.

A pioneer and the past

Conolly Dell is one of Ealing’s smallest parks. It was once part of the grounds of a house called the Lawns and its most famous resident as Dr John Conolly, who lived there from about 1839-1866. He was a pioneer in the field of mental health and was once superintendent of what is now St Bernard’s Hospital as well as running a private asylum in his large home. The house and grounds were sold for smaller housing, but the council bought the northern tip just south of the railway line and named it after the famous former owner.

Another Hanwell park is Elthorne (pictured above), which also gives its name to a council ward. Elthorne was the ancient name given to this part of Middlesex in Saxon times. There was even a movement to rename Hanwell as Elthorne in the later 19th Century (hence the railway station being renamed Hanwell and Elthorne). This movement had come to an end by the early 20th Century, but the name was used for the name of Hanwell’s new park.

Southall Park may be an obvious name given that it is Southall’s main park, but it is actually named after a house called Southall Park which existed there in the 18th and 19th centuries. It was home to Sir William and Lady Ellis and later to another doctor, but he and five others were killed when a fire broke out there in 1883 and the house was never rebuilt.

Ravenor Park in Greenford is named after Ravenor House which was on the opposite side of the road to that of the actual park.