Home > A motorsport lifeline on the road to recovery 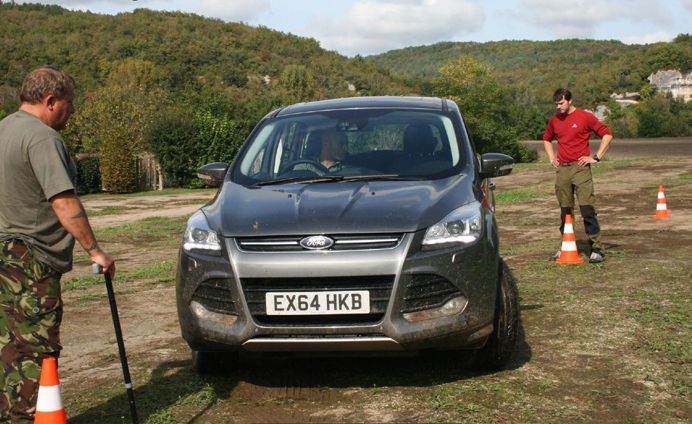 A motorsport lifeline on the road to recovery

An Ealing-based organisation that supports permanently injured and psychologically scarred former military personnel by organising motorsport-based trips and activities for them has been backed by Ealing Council.

Motorsport Endeavour was set up 10 years ago, in 2008, by Ealing resident Graham Raphael.

It is entirely self-funding, relying on contributions from the public and donations from organisations and companies. It works with charities such as Combat Stress and Help for Heroes and with veterans who are struggling to adjust to their new circumstances, back in civilian life with an injury to contend with. Post-traumatic stress disorder (PTSD) is not uncommon, either.

From blinded veterans driving rally cars to badly wounded soldiers doing go-karting, those taking part make lifelong friendships and build their confidence. Trips abroad and evening talks with well-known figures from film, journalism and beyond all contribute to the sense of belonging and mattering again.

‘Much is snatched away through injury’

Mr Raphael, who himself recovered from a broken neck in the past and understands the long process of rehabilitation, said: “Much is snatched away through injury and, frequently, independence and determination are replaced by a lack of self-confidence.

“The attitude of ‘I’ll have a go at this’ makes way for ‘I can’t do that now’ and negative thought impedes the recovery process.

“Through participation in the car-related activities of Motorsport Endeavour, the aim is to help the recovery of service personnel damaged in mind or body.”

A typical testimonial sent into Mr Raphael reads: “I am an injured veteran who has suffered for many years from not only physical injuries but also PTSD. I think I cope more easily with my physical disability than I do from the PTSD. I used to be such a proud strong man but this horrible condition has changed me and taken so much of my confidence from me. The experience on the day made me feel my confidence growing with every lap I completed and for that I thank you with all my heart.”

The next big one

The group’s next big excursion will take a group of injured ex-personnel to France in November. Council leader Julian Bell has pledged a contribution of £2,000 towards the cost of the trip.

Mr Raphael said: “We are taking 10-15 injured British veterans to Dordogne. We will be driving Kias lent by Kia, going to drive off-road in the grounds of the Chateau Marzac, where we stay in the grounds from 17-21 November. Then, on the return, one car diverts to stay in Lyon overnight, collecting new Beaujolais wine before returning in time for a group breakfast in London with 30 or so veterans.

“I will never ask them to pay for anything; they have given enough. Because we are not a registered charity it makes getting money difficult so every contribution is incredibly useful and we are very grateful for it.

“One local company based in Acton has been a great help: KallKwik in Acton, doing printing for us free of charge. They’ve been wonderful and I cannot speak too highly of them.”

‘I am pleased we were able to help’

Councillor Bell said: “The work Graham does through Motorsport Endeavour clearly makes a huge difference to the former armed forces personnel who take part in its activities and some of the testimonials he has received are very moving.

“Ealing Council signed an Armed Forces Community Covenant in 2013 committing us to providing support to military personnel in the borough, and I am pleased we were able to help with Motorsport Endeavour’s latest project.”

Graham has been sent five regimental ties in recognition of the work he has done. The Royal Marines sent him one and a marine sent him the following message: ‘You selflessly give up your time effort and often your own money to help injured service personnel often battling you own injuries, these qualities are what we believe make a good Royal Marine.

‘You are one of the very few civilians that would when wearing our tie up hold its values plus wear it with the same pride a Royal Marine would.’

Another was sent in by a veteran of the Parachute Regiment; who wrote to Graham to say: ‘I gave the tie to you as a gesture of the admiration, appreciation and regard myself and all the other veterans that have been wounded in the recent conflicts hold for you.

‘Without you our lives would have been a poorer place, we all have made long lasting friendships and acquaintances during the many events you have made possible for us. A regimental tie is a small way of showing you that the efforts you make do not go unnoticed and the high esteem to which many of us hold you.’