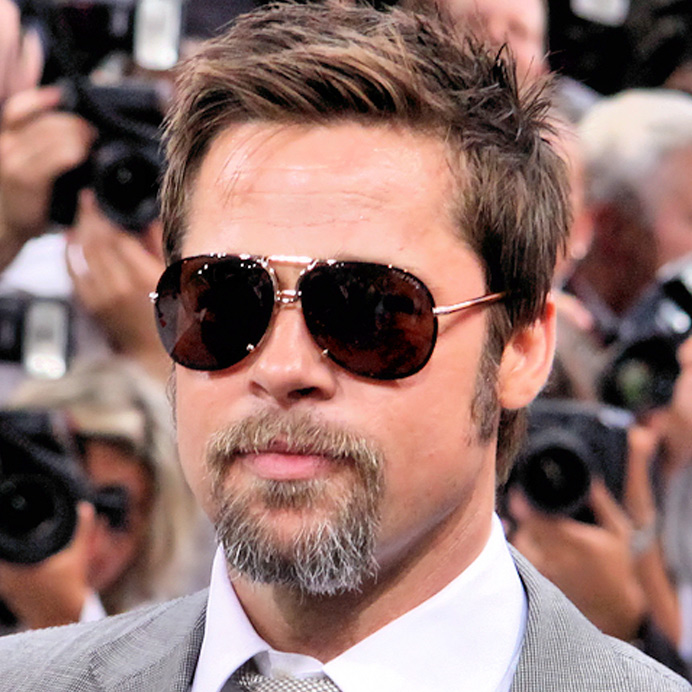 From Anna Friel and Emily Watson to Brad Pitt (pic by SpreePIX) and Ben Chaplin, there has been a little bit of something for everyone being filmed on our streets and in our parks recently.

Instead of either subtitling or remaking a Scandinavian drama for BBC4, someone at ITV has apparently decided to commission a completely new one. The producers also decided to bring in the internationally renowned screenwriter and novelist Hans Rosenfeldt (he wrote The Bridge which was on BBC4).

The press release says that Marcella‘s eight 60-minute episodes will lead the audience through a narrative maze where any character could be a witness, victim or potential suspect. There is always Columbo on catch-up if things get too complicated.

Marcella filmed a few scenes in Ealing in January.

Apple Tree Yard is another drama set to grace our screens later this year. It started life as a book by Louise Doughty and has been adapted for the screen by Amanda Coe.

Starring Ben Chaplin (Casualty) and Emily Watson (who, unlike Ben Chaplin, has never had any minor roles to jokingly place in these brackets according to IMDB), Apple Tree Yard is a modern-day thriller all about the choices we make and how we have to live with those afterwards. Again, there’s always Columbo on catch-up if things get too murky.

People Just Do Nothing is into its third series and it would appear Kurupt FM is going from strength to strength. I wonder if nowadays they get more than eight texts per show as they bragged about in their first series.

Series three was filmed in the Michael Flanders Centre in Acton in March. Catch Chabuddy G and the rest online on BBC3 later this year.

And now for the most prestigious of all of this edition’s filmy highlights. The West London Film Office proudly parked more than 100 of Brad Pitt’s colleagues’ cars around North Acton Playing Fields in March while they filmed at the nearby studios. We have not signed a non-disclosure order so we could say which film it was for, but you probably already know by using the internet.

We always like to give a helping hand to the commercials which have filmed in Ealing recently, so based on the past few months we would like you to go to a well-known supermarket to buy some nappies and some freeze-dried coffee, then return home to take out some insurance in case it all goes wrong.