Home > Win a rugby season ticket and a signed shirt 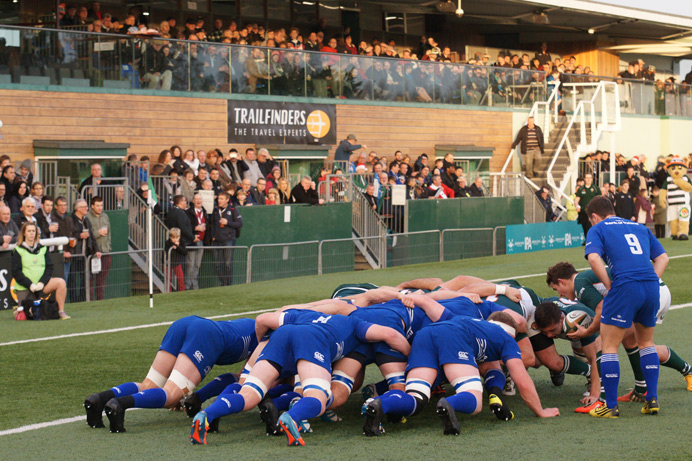 Win a rugby season ticket and a signed shirt

Did you know our borough has a professional rugby team? You could watch it in style if you enter our competition to win a season ticket worth £150 and a shirt signed by the players.

Since playing their first match on Ealing Common in 1869, Ealing Trailfinders Rugby Club now plays in the Championship, English rugby’s second tier, and it has led to growing local interest in rugby.

During the season, Ealing Trailfinders Rugby Club attracts more than 100,000 people from around the borough to watch, play and learn about the sport. It is the only local team represented at national level in a professional league.

To grab your chance of seeing all 14 home matches enter our competition below to win a 2016-17 season ticket for free, along with a signed player shirt.

To be in with a chance of winning the 2016-17 season ticket (worth £150) and a signed first team playing shirt answer the following question correctly: Which league does Ealing Trailfinders’ first XV rugby team play in?

Send your answers by email to aroundealing@ealing.gov.uk by 12noon on 1 September 2016. Please title your email: Rugby Competition. The winner will be selected at random from among the correct entries. Only the winner will be contacted. (If the winner does not respond within 24 hours of the notification email being sent, a replacement will be randomly drawn from the remaining correct entries on 2 September 2016). The name of the winner may be published via Ealing News Extra.

Ealing Trailfinders Rugby play and train at Trailfinders Sports Club in Ealing W13. The atmosphere on match days is amazing; there is always a buzz and great mix of enthusiastic and passionate local support from fans young and old.

The first team has risen five leagues since moving to Vallis Way in 1999 and the new season is full of promise with high calibre rugby on display and local rivalry with London Irish, London Welsh, London Scottish and newly promoted Richmond. So you can expect some epic battles on our home turf.

Ealing Trailfinders has one of the largest minis and youth sections – with more than 700 young players – and an amateur men’s section that boasts four teams.