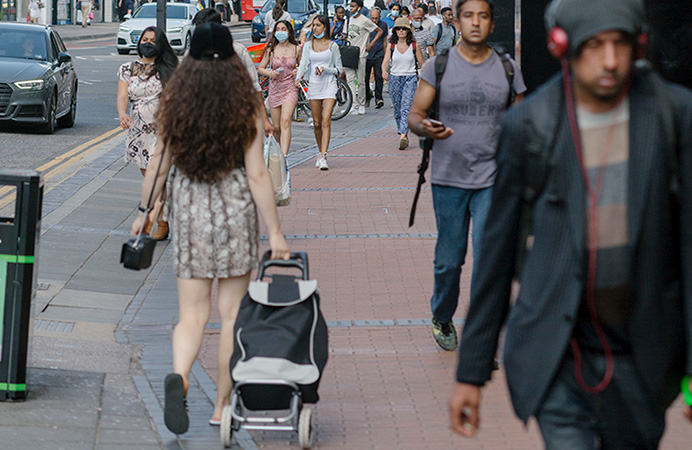 A proposed, multi-million-pound office redevelopment for Ealing’s town centre could bring thousands of new, well-paid jobs to the borough.

The scheme, called The Broadway Connection, is being proposed by British Land and, if approved, it is believed that it has the potential to attract new businesses, deliver up to 3,000 new jobs, and bring hundreds more jobs during the construction phase.

At a meeting of Ealing Council’s decision-making cabinet on Wednesday (15 June), it was agreed, in principle, for the council to use its statutory compulsory purchase order powers to help the development pull together the space it needs to go ahead.

A planning application for the site in Ealing Broadway is due to be submitted by British Land later this summer.

Council leader Peter Mason said: “Creating good jobs is one of this administration’s top priorities. In fact, we’ve pledged to secure 10,000 new well-paid jobs ensuring that every resident in Ealing has the opportunity to access good local jobs on decent living incomes.

“We know that we need to work with businesses and other strategic partners to achieve this, which is why, at our cabinet meeting, we agreed in principle we’d be prepared to use our powers to help assemble the land in Ealing town centre.”

‘The potential to deliver a significant part of our jobs pledge’

“British Land, one of the largest property development and investment companies in the UK, has shown great confidence in Ealing’s strategic location to London to provide crucial office space and bring forward new employment opportunities.

“This is already enhanced by the recent opening of the central section of the Elizabeth Line and the joining up of the whole route later this year will cement the borough’s role as a centre of west London’s economy.

“This site, in particular, has the potential to deliver a significant part of our jobs pledge, with up to 3,000 new jobs being added to the local economy, as well as hundreds of construction jobs during the four-year construction phase.”

Councillor Mason added: “We are in the midst of a cost-of-living crisis created by national and international events.

“Ealing Council is doing what we can to ensure our residents have access to well-paid jobs in their home borough and that small businesses have the space to thrive.

“It’s never been more important for us to support well-paid jobs. Not only could this proposed development potentially create good jobs, but it could also boost income for our surrounding bars, restaurants, cafes and shops, making sure that money stays in Ealing.”