Home > Talk of the town (hall) 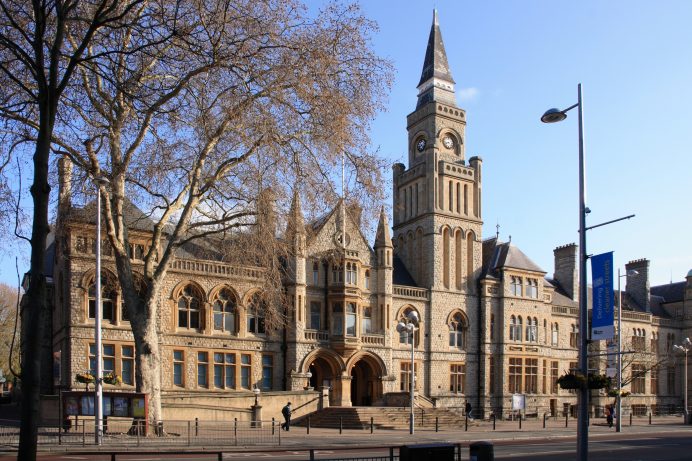 Talk of the town (hall)

Ealing Town Hall could be transformed into a multi-purpose building as the council looks for a way to secure the landmark’s long term future.

Ealing Council would continue to own the freehold of the site but, under one proposal, the west wing area of the building would be leased to a private firm and reconfigured inside.

In July, the council selected the developer Mastcraft as its preferred partner on the project after a selection process which began in November 2015.

Under the plans, the east wing would be retained for council use – including the historic council chamber where councillors debate, the mayor’s parlour and the marriage suite. The west wing would become a hotel, featuring a restaurant, health and fitness centre, and more.

As part of the proposals, Mastcraft would take on responsibility for the ongoing external maintenance and repair costs of the whole building and the internal costs for the section of the building it would manage. This would reduce the amount of public money the council currently spends on maintaining and running the town hall. In addition, once reopened, it is expected the west wing would generate an annual return for the council.

If the proposed project goes ahead, the developer has made a commitment to recruit local people to work on the changes to the building and also to have jobs in the hotel once it has opened. The council has also said it would ensure there were apprenticeships available for local, young people.

Looking to the future and the past

Council leader Julian Bell said: “Ealing is fast becoming one of the capital’s most sought-after areas with a town centre that combines the best of modern with traditional design. By attracting new investment to the area, our community is benefiting from new jobs, improved leisure and shopping facilities as well as much needed homes.

“Ealing Town Hall is a magnificent building that is well-loved locally but, like all historic buildings, it is very expensive to maintain and repair and is in considerable need of refurbishment.

“It is essential that we leave a legacy that assures its future at the civic heart of our community so that it can continue to accommodate a range of democratic, community and commercial activities that contribute to Ealing’s economic and cultural life in the 21st Century and beyond.

“I am determined to find a way to preserve this historic building as a lasting legacy for the people of the borough while reducing the burden on council tax payers.”

The west wing: What is proposed

Under the proposals, the biggest changes to the west wing would come in the form of the proposed hotel development – which could also feature a restaurant, health and fitness centre, roof terrace and a cocktail bar on the ground floor, with a bistro leading out to Dickens Yard.

As mentioned, the Victoria Hall would continue to be available for public hire – along with eight other areas within the building – and community groups would be offered discounts in off-peak periods to hire them.

In addition, any price increases for hiring the rooms that should occur in the first five years after the town hall reopened would have to be capped at a maximum of 20% above the existing hire rates. The council would also be given free use of the Victoria Hall 10 times each year.

Last week, the council approved an application from local group Ealing Voice to list Ealing Town Hall as an asset of community value. This is a type of formal recognition of a building or piece of land whose main use furthers the social wellbeing or interests of the local community.

Should Ealing Voice wish to present an alternative proposal it has six weeks to express an interest in bidding to take on the lease of the building. If Ealing Voice does inform the council of its intention to bid it will then have up to six months to present plans. In this case, the council will consider any such Ealing Voice proposal before entering into any legal agreement with Mastcraft. Otherwise, the Mastcraft proposals will be taken further.

Councillor Bell said: “I am totally committed to preserving Ealing Town Hall, but even after an £800,000 investment it still needs considerable work done to bring it up to an acceptable standard and the council is no longer in a financial position to maintain and run the building.

“It is essential that we find a balance between the community and commercial use of the building to ensure there is a long term sustainable future that ensures it remains at the heart of the town centre for future generations. I welcome any interest from local people to find a sustainable long term future for the town hall.”

If Ealing Voice decides to bid and presents alternative plans, the council would consider these before making a decision. If, however, Ealing Voice does not bid then the Mastcraft proposals would be progressed. If the necessary planning permissions and consents are then granted, work could start in 2017 and the extensive 18-month restoration project would complete in 2019.

During any refurbishment work the town hall would need to be closed and services would be moved to other council buildings. In this case, the council’s costs of relocating its services would be covered by an initial payment from the development partner. The council has alerted local groups that regularly hire rooms in the town hall about the possibility of the changes and will provide advice to help them find alternative spaces to hire if required.

For more information on the town hall, visit the council’s website.