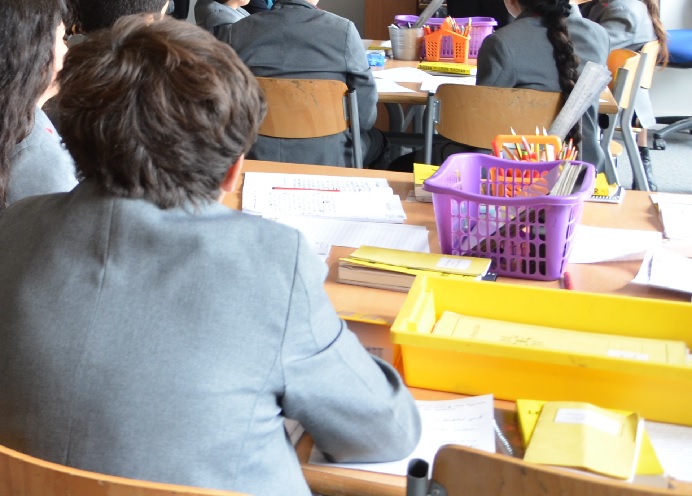 The revamped school in West Ealing is significantly bigger and is now able to accept more pupils. It will now have a three-form entry – previously it was oversubscribed with two-form entry. Today the school boasts places for 600 pupils, 100 nursery aged children and specialist resources for children with special education needs.

To celebrate moving in, the school put on a show. This included a dance performance from year 6, a play from reception and a musical performance as special guests arrived.

Councillor Johnson said: “It is important to increase the number of school places in the borough to meet the growing demand for spaces and, for that reason, I am delighted that St John’s will be reopening, allowing more children into its classrooms. St John’s opening its doors to more students really is something that we can all celebrate.

“I would like to thank all of the local residents, families, and council officers for their help in bringing this regeneration project to life.”

The new building was constructed next to the old 1970s structure, meaning there was minimum disruption to the children. And, when they returned from their Christmas break, the pupils and staff were able to head straight into the new building.

As part of the ongoing masterplan for the site, the original school will now be demolished to provide new homes: Around 770 in total, of which more than 400 will be available for affordable rent and shared ownership homes.

Founded in the late 19th Century, St John’s Primary School was originally called ‘St John’s Boys School’ on a three-quarters-of-an-acre site in Felix Road. One of the most inspiring figures in its early history was the visionary educator Ernest Golledge, headmaster between 1908 and 1934. Golledge encouraged the boys, who were from underprivileged backgrounds, to work hard and aim high, telling them, “Be something, be anything, but mean.”

To inspire in them the grit and determination he felt they needed to succeed, he invited an extraordinary roster of famous or distinguished people to speak at the school, including the Archbishop of York, HM Queen Alexandra and HRH Princess Victoria (you can see this early Roll of Honour, pictured left, in the school corridor near reception). But the speaker that would probably have excited the boys most was the Antarctic explorer Sir Ernest Shackleton, who reminded them they all had a ‘pole’ – a ‘goal’ – to aim at in their lives.

The First World War took a heavy toll on the school – two teachers and one hundred and nine old boys were lost. There is a framed memorial picture in the school corridor.

This memorial was damaged by fire in 1982 and remained in place as a reminder of the school’s resilient ability to bounce back from adversity through the years. New, single-storey school buildings were opened in 1974 by Rt Hon. Roy Hattersley, replacing the original Victorian two-storey structures. A fire-damaged group photo of St John’s pupils in the early 1970s can still be seen near reception.

In 2016, St John’s revived its Roll of Honour, and is continuing to add to this illustrious list of visitors. Recent guests of the school have included the Rt Hon. Hilary Benn, Rear Admiral James Morse, and Dr Ronan Doyle, who received a medal from the Queen for his work combating Ebola in Sierra Leone.