Home > Service and sacrifice: Lest we forget 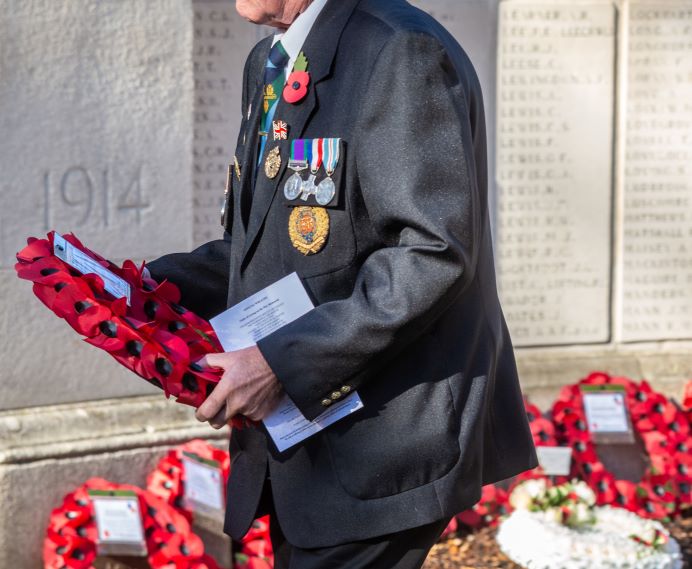 Service and sacrifice: Lest we forget

On Remembrance Sunday (14 November) the country will stop to commemorate the sacrifice of our armed forces, past and present. You can attend a local service; with three key, traditional events being held on the morning.

Mayor of Ealing, Councillor Munir Ahmed, is due to attend a Remembrance Sunday service at Ealing War Memorial on Ealing Green, in front of Pitzhanger Manor, with a two-minute silence at 11am. The Queen’s representative, Deputy Lieutenant Richard Kornicki, will be attending the service. Council leader Peter Mason will also be there, along with chief executive Paul Najsarek.

The same day, as it does each year, the local branch of the Royal British Legion will march to Greenford War Memorial from its headquarters in Oldfield Lane South for a public service at 11am. Deputy mayor, Councillor Mohinder Midha, and deputy council leader Councillor Bassam Mahfouz, will attend and lay wreaths.

A crowd also traditionally gathers in Manor Park at the Southall War Memorial at 10.45am, ready for a service at 11am. The congregation then heads to St John’s Church in Church Road for a short Remembrance Sunday service there. The previous mayor of Ealing, Dr Abdullah Gulaid, is due to attend along with council cabinet member Councillor Jasbir Anand.

Meanwhile, on Armistice Day itself, on Thursday, 11 November, the public are also invited to join councillors and council staff who will be observing a two-minute silence outside Ealing Town Hall at 11am.

In Acton, the mayor and mayoress will attend the Remembrance Sunday event at Acton Care Home on Sunday, 7 November – as well as council cabinet member Councillor Steve Donnelly. It did not take place last year because of the pandemic and this year numbers are restricted for the same reason, so it is not open to the public. The centre was formerly Acton Cottage Hospital and has the Acton War Memorial in its gardens.

Councillor Mason said: “On Remembrance Sunday, we take time to pause in a collective act of acknowledgement for all those who have lost their lives in war. We turn our thoughts to those killed over the last century protecting and defending our country and the values of democracy and equality that we hold so dear, and those injured and impacted by the consequences of armed conflict.

“By coming together at memorials across our borough, we recommit ourselves to never forget the huge sacrifices made by others, and rededicate our covenant with those who have served, both active members of the armed forces and veterans.”

The guns, cannon and battle cries of the First World War fell silent across Europe on the eleventh hour of the eleventh day of the eleventh month in 1918. The Armistice treaty was signed at 5am in France on November 11, 1918. Six hours later, at 11am, the war officially ended (although some fighting did actually continue on the edges of the conflict). After four years of fighting, The Great War was finally ‘over’.

Remembrance Sunday is held on the nearest Sunday to Armistice Day and tends to be when most services are held and it has now come to represent remembrance of all those who have lost lives or made sacrifices because of war, as well as those who put their lives at risk now.

You can read more about the origins of our local war memorials.

Remember to visit the local history section of this website to see lots of stories on how local life, and lives, were affected by the two world wars – including some extraordinary and moving tales of those who fought and died and those who suffered the Nazi’s holocaust.