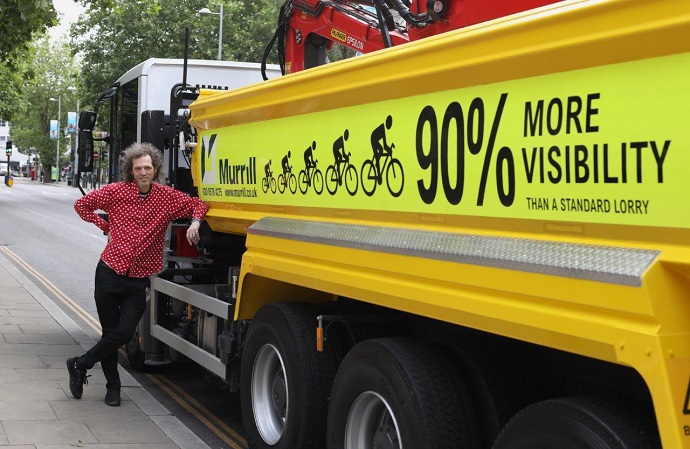 New, safer cycling measures for the borough have been announced by Ealing Council.

This includes the introduction of segregated cycle lines in locations in Acton and Southall from this week (Monday 1 June 2020).

The new segregated cycle lanes are designed to run alongside the main lanes for general traffic and are separated by cycle wands, plastic posts which helps to clearly define the boundary to all road users. The lanes have also been widened in places.

The first new lanes have been introduced in Acton, along sections of the westbound lane of The Vale, between Bromyard Avenue and Larden Road, and eastbound beside Acton Park (W3 7JX), and northbound, along Greenford Road between Uxbridge Road and Fleming Road.

Resurfacing of the road surface on The Vale is also taking place in the coming weeks with the aim of creating a smoother, quieter road surface, cycle-friendly gullies, which prevent wheels from getting caught in grates and drainage repairs and manhole cover repairs. Once resurfacing is complete, extensions to the new cycle lanes will be put in place.

With social distancing measures remaining in place, finding alternatives to public transport is vital to reduce the spread of COVID-19 and reduce the pressure on the NHS.

The council is planning to rapidly expand the use of similar segregated lanes and cycle wands across the borough to promote and encourage safer cycling. A report will be coming to Ealing’s cabinet later this month detailing around 200 schemes to make walking and cycling easier and safer which can be implemented swiftly as funding from Transport for London (TfL) and national government allows.

Safer vehicles on the borough’s roads

Murrill Construction Ltd has partnered with the council to add two new lorries to its existing fleet which have been kitted out with cutting-edge technology to help keep cyclists safer on local roads.

The two ‘Econic Builds’ as they are known, have 360-degree camera systems and side scanners on board, which can visually and audibly detect and warn the driver of any object within the passenger side of the vehicle.

Smart breaking technology automatically slows and stops the vehicle when necessary. A camera system allows 90% more visibility than a standard lorry, allowing the driver a clear view of traffic, pedestrians and cyclists at an eye level, and also covers blind spots.

The lorries have joined the current Murrill fleet operating on local roads.

Councillor Julian Bell, Leader of Ealing Council said: “We have always been committed to increasing the opportunities for greener forms of transport here in the borough. These new segregated lanes aim to make it safer for road users in the area and we will be rolling out similar schemes across the borough as swiftly as possible.

“It is vital that in this particularly difficult time, we support residents to walk and cycle wherever possible, to take the pressure of the public transport system and reduce the spread of COVID-19.”

“Getting out of your car and on to a bike is also really good for your personal health and better for all of us as it helps to reduce air pollution and traffic congestion.

“Recent data has shown that during lockdown, when traffic has dropped significantly, we have seen an average reduction of around 25% in nitrogen dioxide levels, and almost 5% in the levels of particulates across monitored sites in the borough.

“Air quality is a huge concern in London and contributes to the deaths of thousands of people per year – this recent data shows the benefits of reducing traffic on our roads and we will continue to invest in cycling to provide local people with a sustainable alternative of getting on two wheels, rather than getting behind the wheel.”

Councillor Mik Sabiers, cabinet member for environment and highways said: “Many thanks to Murrill Construction Ltd, which has invested in these new lorries, with the aim of increasing safety for local cyclists.

“These lorries are well-equipped with technology to help significantly reduce the risks associated with cyclists sharing the road with large vehicles and we will continue to support projects that help increase the safety of the borough’s many cyclists.”

Measures to increase space for walking and cycling have been introduced by the council in certain areas as part of the ongoing response to COVID-19.