Home > Pitzhanger: Revealing the past 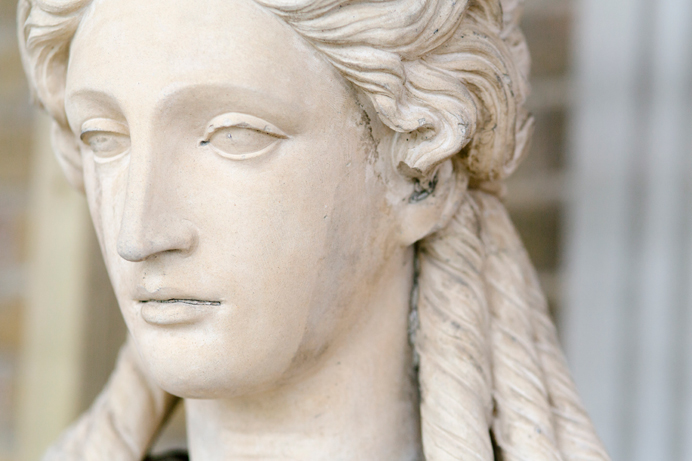 Pitzhanger: Revealing the past

Watch our video above and go on a little tour of discovery around Pitzhanger Manor & Gallery, which is in the midst of a delicate restoration project. See details you would normally miss, find out about historical detail uncovered during the work…and learn about a 200-year-old lucky shoe.

One of the borough’s landmark sites, slap bang in the centre of Ealing, Pitzhanger is slowly travelling back in time by more than two centuries as the project slowly returns it to something resembling its most famous incarnation as the ‘country home’ of renowned architect, Sir John Soane.

Soane was, and remains, an influential figure in architectural history and the restoration of the Grade I listed manor house will mean it will, as closely as possible, recreate his original vision for it.

The recent successful restoration of Walpole Park next to Pitzhanger Manor returned it to something approaching its Regency glory days, when it served as the grounds of Soane’s home. Now the buildings themselves are receiving similar treatment.

Ealing Council is undertaking the project in partnership with Pitzhanger Manor & Gallery Trust (set up in 2012 to manage the buildings), and it is being funded primarily through grants obtained from Heritage Lottery Fund, Arts Council England and others.

You can watch the Trust’s director Clare Gough take us on a tour of curiosities and marvels in the video above.

WHAT IS GOING ON NOW?

Since work began on the site in 2015, there have been a number of critical repairs carried out; and several layers of later extensions and alterations have been peeled back to reveal Soane’s original layout.

Bricks from the Victorian ‘infill’ extension will be reused to construct a colonnade outside. It will be a recreation of Soane’s 19th Century covered walkway that used to take guests from the house to the kitchen wing and gardens – but will now instead take visitors to and from the house and the gallery.

The gallery is itself being restored and upgraded. Lifts are being added to make the site fully accessible for the first time.

During the painstaking early stages of the restoration of the house a number of features – some hidden from view for a long time – have been uncovered.

For example, the freshly exposed north elevation will again become visitors’ first view of the house as they arrive through the brick and flint archway – not seen since 1844.

Detailed scientific analysis was undertaken to find out what paint colours were used in which era. The experts took samples from one of the walls in Soane’s elaborate dining room and revealed all the layers from the present day back to the days of George Dance Junior who owned the property before Soane. In this careful, historical slicing, there is revealed a little section of each type of paint that was ever in the room over the years.

This kind of historical detail will be essential when the specialist decorators begin work on the site early next year to restore many rooms to their appearance in Soane’s heyday.

WHAT IS BEING DONE NEXT?

In addition to the work to conserve and repair the existing fabric of the manor house, Soane’s large glass conservatory, which became famous as an example of Soane’s innovative architectural design, will be recreated at the rear of the building overlooking the gardens. As will other original features such as Soane’s dramatic roof light and the entry hall with its striking amber lights and intricate painted decoration.

The gallery, built in 1939, will be upgraded and reopened with a new ‘Grade A’, internationally recognised space that will enable Pitzhanger to host significant exhibitions and retain its position as west London’s premier gallery for contemporary art.

A lodge building, which is Grade II listed is also being restored. And a stylish new Garden Room café brasserie will be built in the manor’s walled kitchen garden.

Pitzhanger Manor & Gallery, and the Garden Room, will reopen in summer 2018.

Councillor Julian Bell said: “Pitzhanger Manor is the crown jewel of Ealing’s heritage and this important work will make it an accessible attraction to all as well as realising the building’s full historical impact by returning it to Soane’s original vision of a villa in a beautiful landscape.

“It will help visitors to understand the significance of Soane’s legendary architectural style as well as bring the building back to life. “The team there is working very hard to make sure there will be lots of interactive information and a programme of activities to help everyone in our community enjoy the house, gallery and park.”

Sir Sherard Cowper-Coles, who chairs Pitzhanger Manor & Gallery Trust, said: “We are excited to be breathing new life into this historic building – designed, built and lived in by one of Britain’s most influential architects. When it reopens in 2018 we look forward to welcoming back to this important arts venue both local audiences as well as lovers of art and architecture from across London, the UK and beyond.”