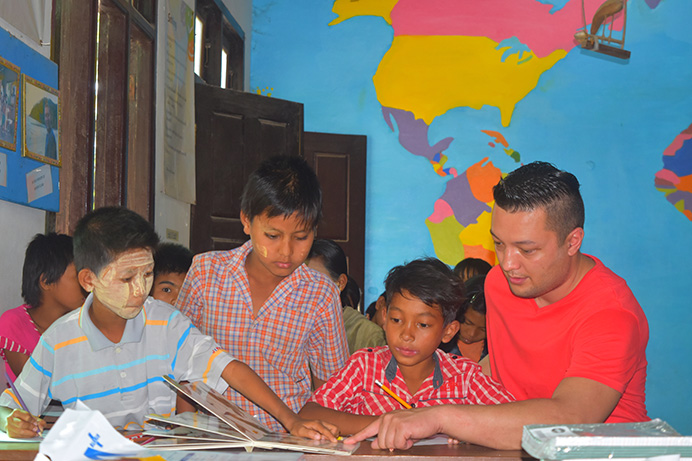 A keeper at Hanwell Zoo has been recognised with a national award – calling him a ‘rising star’ for his leading role in the zoo’s conservation and education programmes.

For those who do not know, Hanwell Zoo is nestled in the picturesque Brent Lodge Park, a view of which Queen Victoria is said to have often had her royal train stopped atop the Wharncliffe Viaduct to appreciate.

The small zoo is a local favourite and makes for an affordable, pleasant, and educational family trip.

Often hidden from view, caring for the animals, is a small and dedicated staff. Though unassuming, this award-winning team is often making waves in the world of conservation and education. One of their recent awards, however, has been bestowed upon an individual keeper within the team. The zoo’s head of birds and conservation education, Beau-Jensen McCubbin, has been awarded the BIAZA (British and Irish Association of Zoos and Aquariums) Rising Star award for his notable and pioneering work in conservation, aviculture, and education.

During eight years at Hanwell Zoo, Beau has transformed its education programme, which now reaching thousands of local school children each year. And he has been growing its bird conservation work, too. His equitable teaching methods have garnered national attention and he now speaks at conferences across Britain, spreading Hanwell Zoo’s message of inclusivity and community engagement. Closer to home, Beau has worked tirelessly to ensure the zoo reaches as many locals as possible, setting up programmes with children at risk of offending, local pupil referral units, homeless charities and mental health associations, to name but a few.

Recently, to make the best out of the lockdown situation, Beau and every other keeper kept in touch with their many local visitors by hosting regular updates on the zoo’s Facebook page, keeping a much-needed link to nature for many Ealing residents.

The zoo then reopened in the summer, with some new arrivals from the animal world for everyone to see.

Beau said: “I’m very honoured to have received this award, I’m passionate about the work we do at Hanwell Zoo and to have it recognised by institutions like BIAZA is not only humbling, but means our message will be reaching even more audiences.”

Zoo curator Jim Gregory said: “I’m incredibly proud of Beau’s work and he’s an asset to the zoo. From day one, he has embraced our inclusive ethos and continues to take it to new heights. Although we are a small zoo, we do have a big impact on a national scale and the work we have done with under-represented groups has been pioneering in the zoo industry. I am really proud of Beau’s achievements at Hanwell and these have recently been recognised on an international scale in a WAZA (World Association of Zoos and Aquaria) paper on Conservation Education.”

During the difficult days of lockdown, a fundraising effort supported by local people helped the zoo to keep going.

Jim added: “We have been overwhelmed by residents’ support for the zoo this year and wanted to take this opportunity to say ‘thank you’ to everyone.”