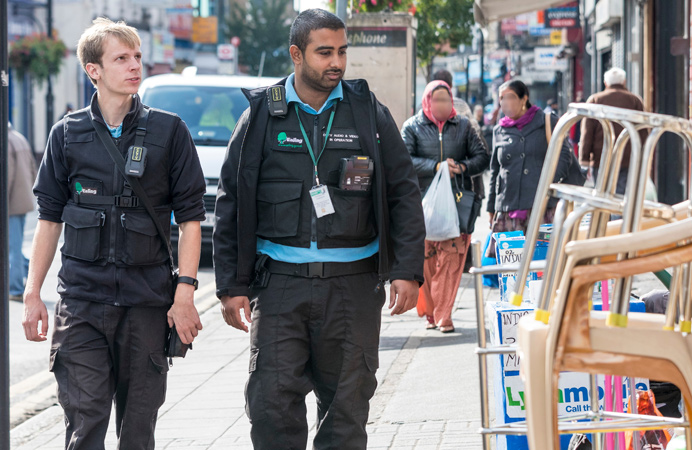 Hundreds of people have been caught littering, spitting and dog-fouling since Ealing Council took a tough stance and made use of patrols to crack down on these anti-social habits.

Those people who were caught were each issued with on-the-spot fixed penalty notices (effectively ‘fines’) of £80 by the council’s environmental enforcement contractor, Kingdom Security, which started patrolling the streets last year.

The Kingdom Security team members each wear a body camera to record evidence and their interactions with the public. Those people caught littering, spitting or their dogs fouling the streets are initially handed a fixed penalty notice of £80, the maximum penalty for this type of offence.

Most admit their guilt and pay-up immediately. However, those who fail to pay face court action and a possible criminal record.

‘The wake-up call they need’

Councillor Bassam Mahfouz, cabinet member for transport, environment and leisure, said: “Everyone has a part to play in helping to keep our streets clean and there is no excuse for dropping litter or cigarette butts, or spitting. For most people, getting an £80 fixed penalty notice is exactly the wake-up call they need to stop this dirty and selfish habit and the fact that most are paid quickly and without dispute shows they accept they were in the wrong.”

In August, the council successfully prosecuted 35 people who had failed, or refused, to pay the fine. They all ended up in court and, with one exception, each was landed with a higher fine of £530, including the court costs, and also received a criminal record.

“We are prepared to use our full legal powers to keep the streets clean,” said Councillor Mahfouz. “It’s much easier to simply put rubbish in the bin in the first place.”

How to report it

You can report littering or dog fouling on the council’s website, at www.ealing.gov.uk/reportit