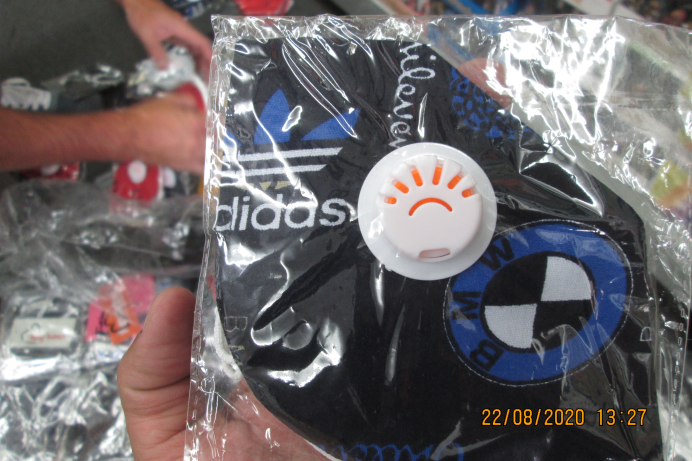 A Southall trader who was caught selling counterfeit face masks and illicit hand sanitiser bottles has been prosecuted by Ealing’s trading standards.

In total, 1,458 masks were seized and taken away for further inspection where it was confirmed that they failed to meet the Trade Marks Act 1994.

During the visit, officers also found various hand sanitiser bottles which did not contain the correct UK import labelling and were suspected of breaching the Cosmetic Products Enforcement Regulations 2013.

Officers then discovered a further 10,000 non-branded face masks which did not comply with UK standards. The trading standards team noted that the masks were of poor quality, unsafe and offered little to no protection to consumers who were encouraged to wear face coverings during the pandemic.

Further examination carried out by the Officers carried out on the hand sanitisers later confirmed that the products had not been tested according to UK requirements.

Councillor Bassam Mahfouz, cabinet member for decent living incomes said: “This case proves that where there’s money to be made, some unscrupulous traders will stop at nothing and put consumers’ lives at risk by selling products that are counterfeit and of inferior quality. The majority of retailers in Ealing are law abiding traders, but there are those who believe they can make easy money by selling fake goods that have not been subjected to rigorous safety tests.

“We will do all within our means to unmask these reckless, rogue traders who continue to sell counterfeit and illegally imported products.”