Home > Half a million substandard face masks taken off the market 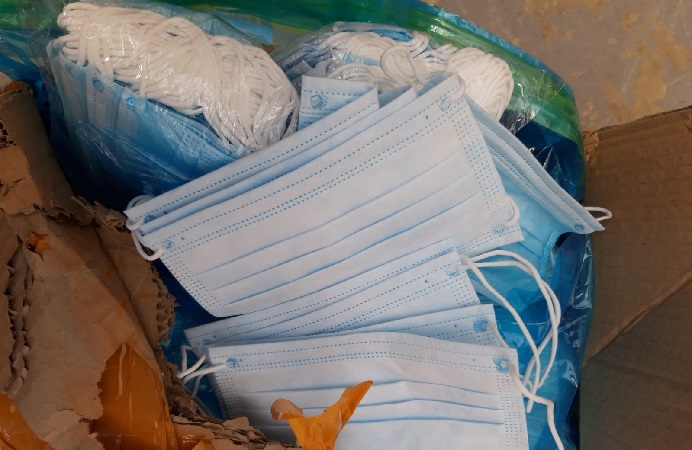 Half a million substandard face masks taken off the market

More than half a million substandard face masks and thousands of bottles of illegal hand sanitiser have been taken off the market by Ealing Council to protect residents from ineffective and unsafe products.

Acting on information passed on to them, the council’s trading standards team carried out inspections of importers based in Southall last week (20 April) and seized more than 60,000 substandard face masks.

The masks were of such poor quality that some fell apart during the inspection. Further investigation of the items revealed that they did not correspond to the description on the packaging and lacked legitimate documentation from the importer.

Concerningly for the council’s trading standards officers, the items displayed a false CE certification logo giving the indication that they had been CE certified approved. There were also no importers’ details on the items, making it impossible to accurately trace where they had come from.

At another premises, officers discovered a further 454,500 face masks suspected of failing to meet legal standards. These face masks were removed from the supply chain until their compliance with safety standards could be established.

One safety certificate supplied with the masks was proven to be fake and further investigations are ongoing.

Officers also seized approximately 2,600 bottles of hand sanitiser which did not comply with the law and had no importer details provided.

Following these inspections, the council is currently carrying out criminal investigations.

Masks and sanitiser are understandably in great demand during the ongoing COVID-19 pandemic and many people are looking to buy PPE. However, such poor-quality, substandard items may not be effective and lack the specifications to provide protection – putting users in danger of danger of harm from substandard materials or unknown ingredients.

Councillor Joanna Camadoo-Rothwell, the council’s cabinet member for community safety and inclusion, said: “It is sad that a small minority of irresponsible businesses show a total disregard for the wellbeing of consumers and are seeking to exploit the current pandemic for personal gain.

“Fortunately, we were able to intercept these products before they were released on to the market because, clearly, they had not been put through any safety testing and might have given users a false sense of protection.

“We will remain vigilant and work hard to prevent members of the public from being scammed by unscrupulous traders who want to capitalise on the current situation.

“We will prosecute anyone found selling these illegal items as part of our commitment to making Ealing safer.”