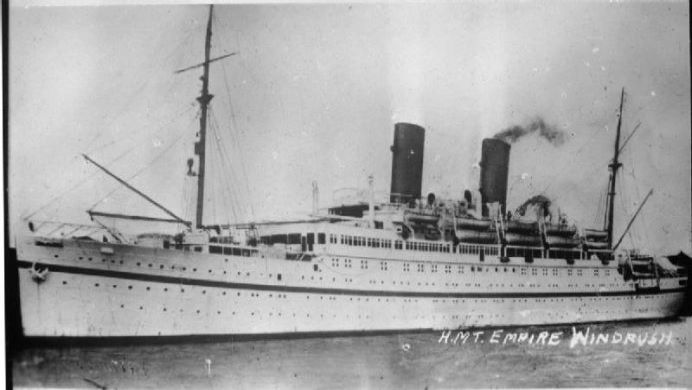 Event highlights this Black History Month include a whole host of workshops for individuals, young people and the family to attend. It is a good chance to learn more about black history, meet new people, learn a new craft and get involved.

Events range from craft workshops for children and young people, where they can learn about important black figures in history while making a Chatterbox, to storytelling sessions on Amazing Black Inventors with Joy James. Attend a free workshop for the whole family and learn about the Ancient Kingdom of Benin, one of the oldest and most highly developed states in West Afrika or Meet a Roman Centurion who has settled in Londinum – taking place at various libraries.

Talks and discussions cover subjects from the history of immigration from the 1920s – 1970s,  a conversation on heritage and statues with SI Martin, The Forgotten Tull Brother, a mixed heritage dentist and NHS pioneer. You can also explore stories of the Windrush generation and how their children passed the time, when journeying on Empire Windrush from different parts of the Caribbean to London. This Saturday you can catch the premiere screening of I Am She, filmed and directed by young people at Bollo Brooks youth centre in association with Jamal Edwards’ Delve and I Am She productions, this is part of a wider exhibition, Wash Day, at the V&A.

Later in the month, on Wednesday, 26 October you are invited to attend the unveiling of two plaques to mark the abolition of slavery and the contribution the Windrush generation has made to Ealing’s community. The re-dedication ceremony will take place at the especially arranged tropical gardens at Walpole Park in Mattock Lane, Ealing. It will take place at 2pm and everyone is welcome to attend.

Learn about important black figures in history and sharpen your paper folding skills.

Bollo Brook Youth centre will be screening the film, I Am She, at the V&A in South Kensington, as part of the Wash Day Exhibition, a celebration of Afro-hair, taking place 12noon-5.30pm, with leading experts on hair care, styling techniques and design. The short film is a premiere, directed by Ella Bennett and made in partnership with Jamal Edwards’ Delve and Acton based film company A Look Into. Young people from Bollo Brook youth centre were involved in all stages of production, from conception to directing, script writing and lighting.
V&A · Wash Day (vam.ac.uk)

There is evidence of black people in our borough since 1724, but the number was very limited until the twentieth century, despite visits by American gospel choirs in Southall in the late 19th Century. In the 1920s John Alexander Barbour James lived in Acton and Cleo Laine in Southall in the 1930s, but there were also instances of hostility to two other black residents. In the 1950s and 1960s numbers grew as black people took jobs in factories and elsewhere. There were also black students and clergymen and in the 1960s prominent photographer Stephen Manufor lived in Ealing and Jimi Hendrix visited Hanwell. The first local black group was founded in Acton in this decade.
Changing attitudes to immigration during the 1920s to 1970s

This free family-centred session will focus on the ancient Benin Empire, which was one of the oldest and most highly developed states in the coastal hinterland of West Africa. The session will include a fun quiz, spoken word and Q&A to explore the beginnings of the ancient Benin Kingdom, how the name Edo became associated with Benin (with Akuba storytelling of The Leopard and the Viper), how myths, art and other forms of material culture help us to understand why Ancient Benin, and especially its Obas, were so important, plus unpack how the Benin royals and merchants encountered other traders, travellers and invaders using the poem, Benin Encounters: When We Ruled. There will be an opportunity for participants to create trading objects such as sculptures from tin foil.
All welcome – No booking required.
Ancient Kingdom of Benin – Exploring Afrikan history

Marcus is a retired centurion and has settled in Londinium. He talks about the city and also something of his army life. He has some old equipment from his time in the army and he might even get you marching.

The unveiling of two separate memorial plaques will take place at the tropical gardens at Walpole Park, Mattock Lane, Ealing during Black History Month. Community members and local dignitaries will participate in a re-dedication ceremony, by placing two separate memorial plaques in an especially arranged tropical gardens at Walpole Park in Mattock Lane.

The Abolition Plaque commemorates the Slave Trade Act 1807, when the British Parliament passed an Act making the trading and transportation of slaves’ illegal. The Windrush Plaque marks the contribution to the London Borough of Ealing of the Windrush Generation; men, women and children who arrived in the UK from the Caribbean, from 1948-1971, invited by the UK government.
All are welcome to attend, please arrive at Walpole Park for 2pm.

Find out more about another member, but largely forgotten member of the Tull family, Edward Tull-Warnock, Walter Tull’s brother, who was one of the first mixed-heritage dentists in Glasgow. In discussion with Kolton Lee, Phil will explore the Black Atlantic histories of a 19th Century Bajan migrant through the prism of the biography of his son, Edward Tull-Warnock, one of Glasgow’s first mixed-heritage dentists, an NHS pioneer and accomplished sportsman.

Phil Vasili was born in London but grew up in Cambridge. He now lives back in Kentish Town, London very close to where he was born. He has written biographies of Walter Tull, Arthur Wharton as well as a novel Felt and Batten. In addition to writing, he also scouts in London for a northern premiership club.

Kolton is a former editor of The Voice and a writer who has worked across all the major storytelling platforms: he is an award-winning filmmaker (writer and director), with two independent feature films under his belt.
The Forgotten Tull Brother – Edward Tull-Warnock

Come and meet 16 amazing black inventors and find out about their inventions. This book is a great introduction for very young children to discover the wonderful world of invention and creativity, with marvellous role models and exciting stories to pique their interest. Beautifully and imaginatively illustrated throughout to help inform and inspire young minds.

How can statues, municipal signage and street furniture be made fit for purpose in the 21st Century? Should public monuments to slave traders and imperialists continue to have pride of place across the capital or is a complete review of them necessary or desirable? Join heritage consultant SI Martin for a look at the changing roles, functions and profiles of London’s monuments.
Statues past, present and future

Passing the Time through Rhythm and Rhyme on the Windrush
Tues, 8 Nov, 4.30-6pm, Ealing Central Library

Already delivered to more than 800 Ealing students, this workshop uses an ice-breaker quiz, storytelling, poetry, a map-reading activity, arts and crafts and Q&A, and Windrush generation interviews to explore real and imagined stories of what children and young people did to pass the time while journeying on the Empire Windrush from different parts of the Caribbean to London.

We will go back in time to discuss the ring and clapping games children used to play Back Home and how they have been transported to the UK and become part of our playground lives today.

There will also be an opportunity to include a garden-themed activity to generate some interest and background in relation to the Black History Season Abolition and Windrush Plaques unveiling event that takes place 2-5 pm, 26 October at Walpole Park.

Contact Akuba (Grace Quansah) via wappy@live.com for any more info!
Passing the time through rhythm and rhyme on the Windrush