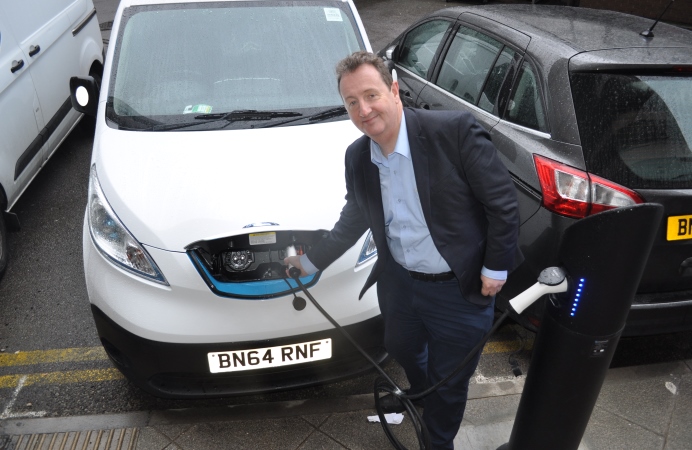 As part of the borough’s transport strategy, Ealing Council is updating its fleet of diesel vehicles to electric aiming to reach the target of zero carbon emissions.

The transport strategy has the improvement of health at its centre, particularly focusing on improving air quality concentrating on increasing active travel through modal shift and reducing vehicle emissions.

A total of eight vehicles arrived at the start of February and will be used by council officers in parks and facilities management service areas. The vehicles will be used as pilots to see how they can effectively be used and create a culture change for officers.

The council has a fleet of 62 vehicles and are researching into appropriate electric vehicles to continue to align with the transport strategy.

There are currently around 40 Electric Vehicle Charging Points (EVCPs) within the borough, nine of these are in council car parks with the remainder being provided commercially at locations such as supermarket car parks, developments, car dealerships and petrol service stations.

From early 2019, the Council will roll out electric vehicle charge points across the borough, installing chargers in lamp-posts to enable residents without off-street parking to charge their cars.

There are also currently five rapid chargers in the borough and the council is working with TfL to provide more rapid charges at key locations and will be installing more charge points in future phases to grow the borough’s EVCPs network.

This change doesn’t just bring savings for the council it also improves air quality in the borough and London which is of major concern. Research indicates that annually, over 9,000 early deaths across London and 387 early deaths within Ealing have been attributed to poor air quality.

Council leader Julian Bell said: “Nearly 400 people die prematurely in Ealing each year due to poor air quality. Increasing the take-up of electric vehicles is vital to tackling this scandal and as a council we are committed to expanding the number of charging points in the borough to make it easier for local residents to switch. As the operator of a small fleet of vehicles ourselves, it is absolutely right that the council leads the way on switching to electric and I’m delighted to see these eight vans come into use, which will not only reduce emissions but also provide a saving for our limited resources.”