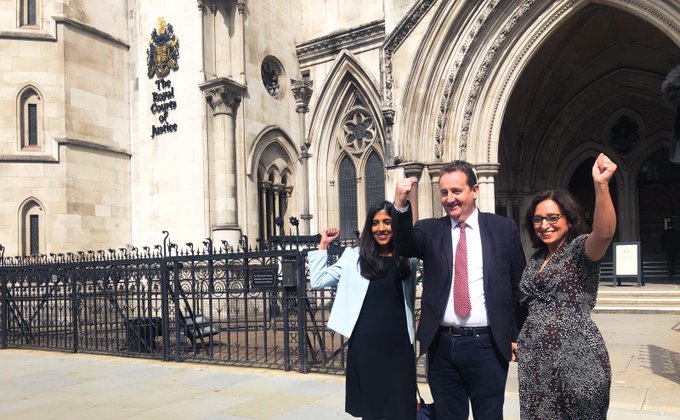 The safe zone implemented outside Marie Stopes Clinic in Mattock Lane, Ealing, will remain in-place after the latest appeal against it was dismissed.

At the appeal hearing in July, the judges heard arguments from the council and appellants. They concluded that the High Court judge who had dealt with the earlier appeal had been right to find that activities by protestors were having a detrimental impact on those in the locality of the clinic and the PSPO was justified for the purposes of protecting people from the detrimental effect to their quality of life as a result of the protestors’ activities. The judges unanimously decided to dismiss the appeal and upheld the council’s PSPO in full.

Council leader Julian Bell said: “We’re delighted the Court of Appeal has decided to keep our safe zone in place to protect clinic users and local people from harassment and intimidation.

“Since we introduced the zone in April 2018, it has been working well and we have seen a dramatic reduction in activities having a detrimental effect and there has been a significant improvement to the quality of lives of local people.

“We hope the judgement will provide encouragement for other councils facing similar issues but, at the end of the day, this is a national issue that deserves a national solution. I’d call on the home secretary to introduce Ealing-style safe zones across the country so other communities and visitors can also be protected.”

Safe zone is first of its kind in the UK

Councillor Joanna Camadoo-Rothwell, the council’s cabinet member for community safety and inclusion, said: “It has taken a long time and a lot of effort to get this far but today’s ruling will ensure that our community and clinic users continue to be protected by this order.

“I’m very proud that we have created the country’s first safe zone in Ealing and this judgement is a vindication of the approach we have taken based on the evidence gathered and following local consultation.

“We are extremely pleased the judges are also satisfied that we have followed the correct procedures to protect our residents and clinic users from the behaviours that have a detrimental effect on them. Intimidating and harassing behaviour should not and, thanks to their ruling, will not be tolerated.”

Since the safe zone has been in effect, the council’s safer communities’ team has seen the activities that were having a detrimental effect on clinic users and residents’ quality of life around the Marie Stopes clinic subside.

Clinic representatives reported an ‘air of normality’ has returned to the area and women are no longer arriving for their appointments distressed as the activities targeting the users have virtually disappeared.

Sally O’Brien, manager of Marie Stopes West London Centre, said: “We are incredibly thankful that this safe zone has once again been judged as fair and lawful, and that people who want to come to our clinic in Ealing can do so without fear of being intercepted and blocked from attending their appointment.

“It was always very clear to us that this anti-abortion activity outside the clinic was targeted street harassment towards pregnant women, but that it fell through the gaps of current harassment law. We’re very happy that the judges have seen this too and ruled in favour of safe access to care.”

With none of the prohibitions quashed, the safe zone will continue to be effective for two years against all the activities that have a detrimental impact on clinic users and local residents and their wellbeing.

As part of the safe zone, a designated area has been made available west of the clinic in Mattock Lane for members of represented groups to carry out protests and vigils.

These activities will be subject to several restrictions which will not apply in any areas outside that covered by the PSPO. Anyone who breaches the order can be given a fixed penalty notice or prosecuted under the law.

Full details of the order and map
Cabinet report and evidence