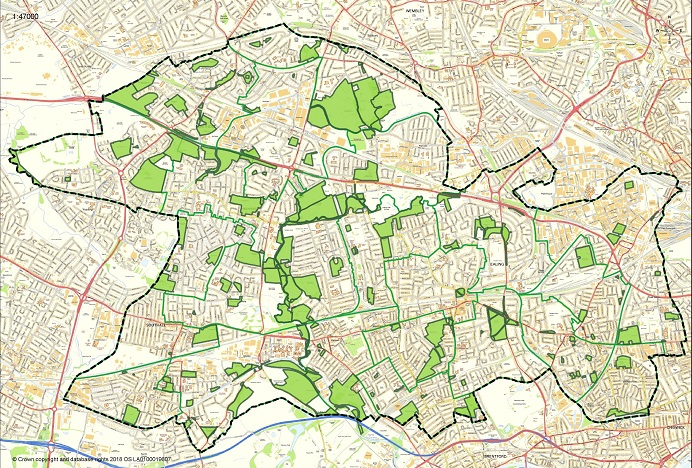 An existing borough-wide public spaces protection order (PSPO) is being extended for another three years, after a consultation showed more than 90% of respondents supported the move.

The original order was introduced in 2019, covering the borough’s public spaces – including town centres, parks and housing estates. However, the existing PSPO expired this month (September), and the council asked for your views before renewing it.

More than 800 residents and businesses took part in the survey.

Littering, aggressive begging, use of psychoactive substances and anti-social outdoor drinking are among the things covered by the order – which will now be in place until September 2025, when it will be reviewed again.

Councillor Aysha Raza, Ealing Council’s cabinet member for tackling inequality, said: “This kind of behaviour will not be tolerated in our community. Residents are rightly proud of our borough and our environment, and want to maintain it.”

Superintendent Anthony Bennett of the Metropolitan Police said: “We see it as forming a key part of our violence reduction strategy in Ealing. Agreeing [the order] for the whole of the borough will help address displacement. We know that if only part of a location is covered, those looking to drink alcohol in open spaces will just move to another area.”

The decision to renew the PSPO was taken at a meeting of the council’s decision-making cabinet. You can read the full cabinet paper on the council’s website.

What does a PSPO do?

A PSPO gives the police and the council an additional means to tackle specified behaviours that are persistent and unacceptable and is used alongside existing powers and ongoing partnership work with other agencies and the community.

Behaviours which are carried out in a public space and have a detrimental impact of the quality of life to people may include, but is not limited to, street drinking, fly-tipping, littering, verbal abuse, obstructing the highway, illegal drug use, urinating or, spitting.

If the PSPO is implemented, it will be enforced by police and council officers. The penalty for breaking a PSPO is a fine of £100. If the fine is not paid, court proceedings may be started, which will increase the fine to up to £1,000.