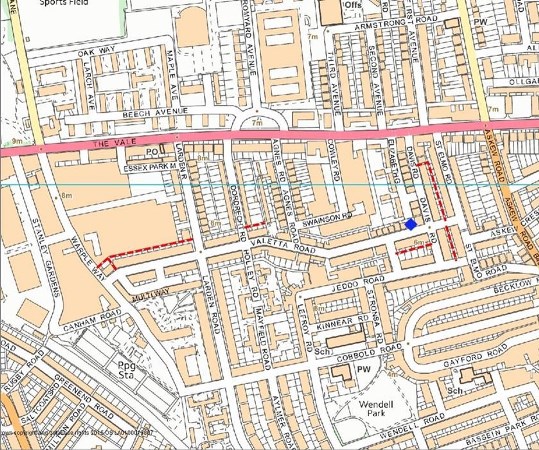 Ealing Council is seeking the views of residents after proposing to install alley gates in a number of footpaths across Acton to help clean up the area.

The public space protection order (PSPO) is different to the existing order in the borough (in West Ealing), because this one is seeking to restrict public right of way in an attempt to prevent an ‘easy escape’ for people involved in anti-social behaviour. It is a longer-term approach by installing alley gates, rather than specifically giving powers to the police and council enforcement officers.

Key driving forces behind certain crimes and types of anti-social behaviour in this area of Acton have been identified in research carried out by the council. It has highlighted fly-tipping, loitering, drug use and theft as the most common criminal behaviours which the installation of gates will aim to minimise, if not prevent.

Council has carried out pre-consultation discussions with the police, ward councillors, residents and local businesses – all of whom indicated strong support of the proposed PSPO.

Councillor Ranjit Dheer, cabinet member for community services and safety, said: “Anti-social behaviour can intimidate people and prevent them from enjoying their everyday life. This new legislation allows residents with keys to be able to walk in the areas without feeling uncomfortable so close to home.

“Statistics, reports and complaints have all pointed to the respective streets in Acton becoming a hot spot for these types of problems.”

Ricky Kandohla, Chief Inspector at Ealing Police, said: “The locality around Valetta Road has been a concern for residents in relation to identified environmental issues, drug usage and burglary. The actions proposed by Ealing Council to implement a public space protection order, which includes installing gated alleyways, provides a sustainable and cost-effective solution to these issues without significantly impacting upon local residents.

“I believe this initiative will have a significant impact upon ‘designing out’ and reducing crime, and the fear of crime; as well as driving improvements to the quality of the wider environment.”

Residents who would like to know more and share their views about the proposed PSPO should do so via ealing.gov.uk/consultations. This consultation will be live until 31 October 2017.

If you have any further queries or feedback about the proposed PSPO email gating@ealing.gov.uk or call 020 8825 7757.

Once this consultation has closed the council will collate all the feedback from the consultation and then review all responses by the middle of November. If the consultation shows support for the PSPO it will be approved, and then the gating would follow in due course.