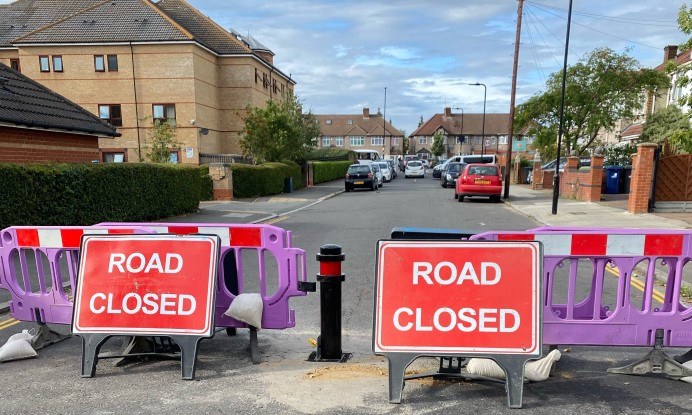 As you can see in the video above, I visited Adrienne Avenue, in Northolt in Greenford Broadway ward, my ward that I represent. And, behind me, you will see the very first, low traffic neighbourhood (LTN) that we’ve put in. And I will come back to that in a minute, but, first of all, let me just give you an update on the number of new COVID-19 cases that we’ve had in the borough in the last seven days: Six. Very low still, which is excellent news. That is 3.5 per 100,000 of the population. So, very low numbers; and that is really positive. We are doing that, I think, because we have been vigilant and we are continuing to follow the rules.

Now, one of the rules it to wear facemasks. As of today, Friday 24, July face coverings are now compulsory in shops, supermarkets and takeaways as well. There has been a bit of confusion about takeaways but, definitely, it is compulsory to wear a facemask in a takeaway. There are some exemptions: Restaurants, gyms, pubs, you don’t have to wear a face covering. Also, under-11s do not have to wear face coverings and anybody with certain specific medical conditions but the message is: If we want to stop the spread of the virus we need to make sure that we wear face coverings in our shops and covered spaces where it is difficult to social distance.

We have already had compulsory face coverings on our public transport so this is an extension of that in order to stop the spread of the virus.

Now, one of the really, really positive things, of this terrible, awful crisis that we’ve being going through was the improved air quality and the lack of road traffic that we experienced during the height of the lockdown.

Across Ealing we had a 25% reduction in Nitrogen Dioxide levels and that was really, really positive people could feel that it was as high as 33% reduction in some parts of the borough.

Obviously, those positive environmental impacts, we need to keep and one of the ways that we can do that is through low traffic neighbourhoods. Also, we need to get more people cycling and walking. With limited capacity on public transport we cannot have everyone making those journeys that they would have made on public transport in cars. We will get gridlock, we will have another problem with air pollution and respiratory problems that come with that.

So, how do they work?

Basically, we will use the emergency COVID-19 legislation that the government has introduced and we will use what are called experimental traffic orders now the clue is in the name experimental, we give people seven days’ notice and we, in that seven days, consult with the emergency services we send out all the information to all the residents affected about where barriers will be put up and where traffic won’t be able to go and then we actually have six months in which we can consult and see what works and what doesn’t work.

All low traffic neighbourhoods are being introduced using the Experimental Traffic Orders (ETOs) introduced by the government to enable active travel measures to be implemented swiftly during this crisis – they will be subject to a six month consultation period allowing for the impact on the ground to be fully monitored and understood and feedback received on the back of residents’ experience.

Under ETOs, LTNs can only be made permanent following a further full statutory consultation after the initial six months.

Then after that full consultation then we can make them permanent. But only after full consultation. So, let’s be patient, let’s let these things bed in and hopefully we can get some of those lockdown benefits going forward in to the future, get more people walking and cycling and enjoying a  pleasant neighbourhood, with better air quality and less congestion.