Home > The truth behind the Truth of Murder 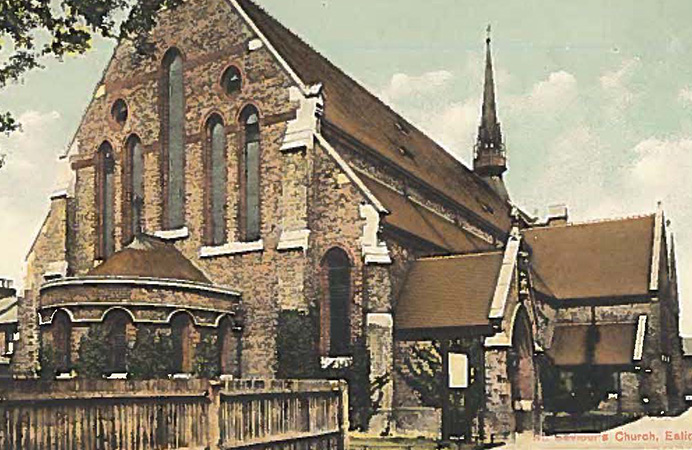 The truth behind the Truth of Murder

Some readers may have seen the TV drama shown on Channel 5 in December titled Agatha Christie and the Truth of Murder, writes Dr Jonathan Oates. But you may not have realised that the true story behind it had links to our borough.

It was the story of how, during her 11-day disappearance in 1926, Agatha Christie solved the murder of Florence Nightingale Shore of six years previously and how the perpetrators were identified and arrested. However, there is a strong link to Ealing and Hanwell and this piece explains what this was and how the drama was not wholly factually accurate. You could say it tells the truth behind the Truth of Murder.

Florence Nightingale Shore was born at Stamford Lincolnshire, into a wealthy Derbyshire family on 9 January 1865. Her godmother was the famous nursing pioneer who she was named after. Like her godmother, she had no need of paid employment, but took nursing as a career because of her humanitarian instincts. She had a certificate in nursing from the Royal college of Nursing in Edinburgh and was also a qualified midwife. In particular she worked in military environments, during the South African War of 1900 and then in the Army Nursing Staff during 1914-1918 in France. Her courage was remarked upon for during air raids she was urged to join the able bodied in the air raid shelter but she refused and stayed with her vulnerable and bed-ridden patients, including African soldiers from the French Empire. She was awarded medals for her war service.

After the war she began to work in Ealing, possibly because her family had connections with the district. She worked at the St Faith’s Nursing Home for Gentlepeople for Maternity and acute, chronic and convalescent cases. It was in Mount Park Road and Miss Norton was the superintendent. It is probable that she attended St Saviour’s Church in the Grove, but lived in Carnforth Lodge, Hammersmith.

The fateful trip on a train

On Monday, 12 January 1920 she took an afternoon train from Victoria to Hastings in order to visit friends. She was seen off by an old friend, Mabel Rogers, who she had worked with previously in Sunderland from at least 1898-1911. Just before the train left a young man entered the same (third class) compartment and he spoke to the two ladies. Miss Rogers recalled that he was clean shaven and looked respectable, perhaps a clerk or a shop assistant.

However, later that afternoon, three workmen entered the train at Polegate and saw a woman sitting opposite them, apparently asleep. They soon realised that she was badly injured and when the train arrived at Hastings, Miss Shore was taken to hospital, and her friend, Miss Rogers, was summoned to her bedside. Miss Shore died a few days later, never regaining consciousness.

Dr Bernard Spilsbury, a leading pathologist, carried out the post mortem. The deceased had met her death by three blows to the head, caused by a blunt instrument, possibly a revolver butt. No one had been seen leaving the compartment at Polegate, so the killer must have left at the previous station, Lewes, the first one where the train stopped after leaving London (then train compartments were self-contained, lacked corridors and so exit and egress was only possible at railway stations when the train stopped). Despite being shown one suspect, Miss Rogers could not identify him as the same man she had seen and spoken to. Robbery was presumably the motive as the victim’s money and jewellery was missing.

Taken to Ealing and Hanwell

On 20 January the body was brought to St Saviour’s Church in Ealing and placed on the high altar. It was draped in a union flag and three candles were lit on each side. The Reverend Augustine Charles Buckell conducted the service. The church was full and the funeral route along the Grove was packed with people, so many that police were needed for crowd control. Mourners included Miss Rogers and family members such as Brigadier Clarence Hobkirk (the principal beneficiary of her will of over £14,000) and the Rev. Offley Shore, cousins of hers. The cortege of several cars went along Mattock Lane and the Uxbridge Road.

She was buried in the same grave as her father and sister, at the Westminster Cemetery in Hanwell. The grave is to the right of the main driveway, between the gates and the chapel. There were a great many tributes from friends, family and representatives from numerous nursing organisations. The report of the funeral made font page news in both the Ealing Gazette and the Hanwell Gazette on 24 January, just as the mysterious murder had made prominent news in the national press.

What was the truth?

Unfortunately, the murder was never solved. There were no clues and the chief suspect was never apprehended, let alone charged or convicted. Agatha Christie had no involvement in the case, but she often visited her great aunt who lived in Ealing up to 1914 in a house along the Uxbridge Road, now long demolished and occasionally referred to Ealing and Hanwell in some of her short stories and novels.

Those who only know the case through the TV drama will note that it was in error in several aspects. The truth was Miss Rogers would have instantly have recognised the killer once she was shown the suspects (in the drama she did not), because she had both seen him close up and had heard his voice; Agatha Christie was not involved; and nor was anyone ever charged with the murder.

Florence Nightingale Shore has the unenviable claim to fame as being the richest person to have ever have been killed on a British train. In the months following her death, Miss Rogers founded an appeal in her friend’s memory to have a new nurses’ home built, with a room dedicated to Miss Shore. The appeal appeared in the Ealing press.