The restoration of the chapel of St Peter

This autumn, a church in Ealing will complete a painstaking and intricate restoration and research of its much-loved chapel with a weekend of community events. Those at the church tell us more...

St Peter’s in Mount Park Road is open daily but lays off the beaten track of the town’s Broadway. It has previously been described as ‘the finest public building in Ealing.’ Built in 1893, the church is a fusion of Gothic Revival and Arts & Crafts architecture. The jewel in the crown is its Lady Chapel, built in 1913, but decorated and rededicated in 1928 as a focus for the many losses suffered by the parish in the First World War.

This history makes the chapel an important focus for this part of Ealing, carrying the hopes of the new parishioners, and their later shared sorrow and loss, and need for remembrance. Accordingly, only the finest materials and most skilled artists were employed in creating this very special place.

The chapel’s beautiful interior includes highly accomplished wall paintings depicting angels; hence the name of an Angels in Ealing community project (see below). Water-damage has necessitated urgent fundraising to restore and conserve them. It also prompted research into the artists represented in the chapel; not only the paintings but also the equally fine stained-glass windows, woodcarvings and painted ceiling.

What the research revealed is an artistic circle living and working in the Ealing area. The recovery of these local artists and designers and their work throws fascinating light on Ealing between 1890 and 1930.

The artists include Henry Charles Brewer, part of a notable dynasty of painters and illustrators who lived in Acton; and George Fellowes Prynne – ‘the lost Pre-Raphaelite’ – one of the country’s foremost ecclesiastical designers, whose house and studio were at 1 Woodville Road. The church also has significant work by the architectural designer Leonard Shuffrey, who created Ealing’s war memorial and his family house in Edgehill Road, and whose craftsmanship was viewed as second only to that of William Morris.

An open morning, exhibition and free expert talks are all part of an Angels in Ealing community programme set up by the church, aiming to engage local people with its heritage. On 1 and 2 October, the conserved chapel will be ‘unveiled’ to the public with a free weekend of activities and events.

On the Saturday, at 10am, a short opening ceremony will be held – followed by an open morning, including tours, teas, items on sale and an exhibition. And then, at 11.30am, there will be a talk by Alison Saunders which you can secure tickets for, which will be on the artist Henry Charles Brewer, and will be titled Art and Ancestry in Ealing.

On the Saturday evening, a new study of St Peter’s by Susan Peatfield that explores the artists of St Peter’s will be celebrated. You can watch a video above that she made with the council’s Ealing Libraries service’s local history team.

There will also be a talk on Saturday evening by Sarah Hardy, the director of the De Morgan Foundation and an expert in Romantic art. Her talk will be titled Edward Arthur Fellowes Prynne: Shining a Light on a Lost Pre Raphaelite. And, finally, on the Sunday there will be a gathering to bless the chapel as part of the church’s morning service. 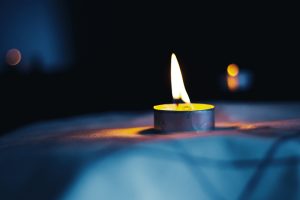 From Universal Credit to civil engineering

Meet Al-nadeem, a civil engineer apprentice at O’Halloran & O’Brian in Southall. He shares a little bit more about his journey as an apprentice. …