Home > The name is Bond… 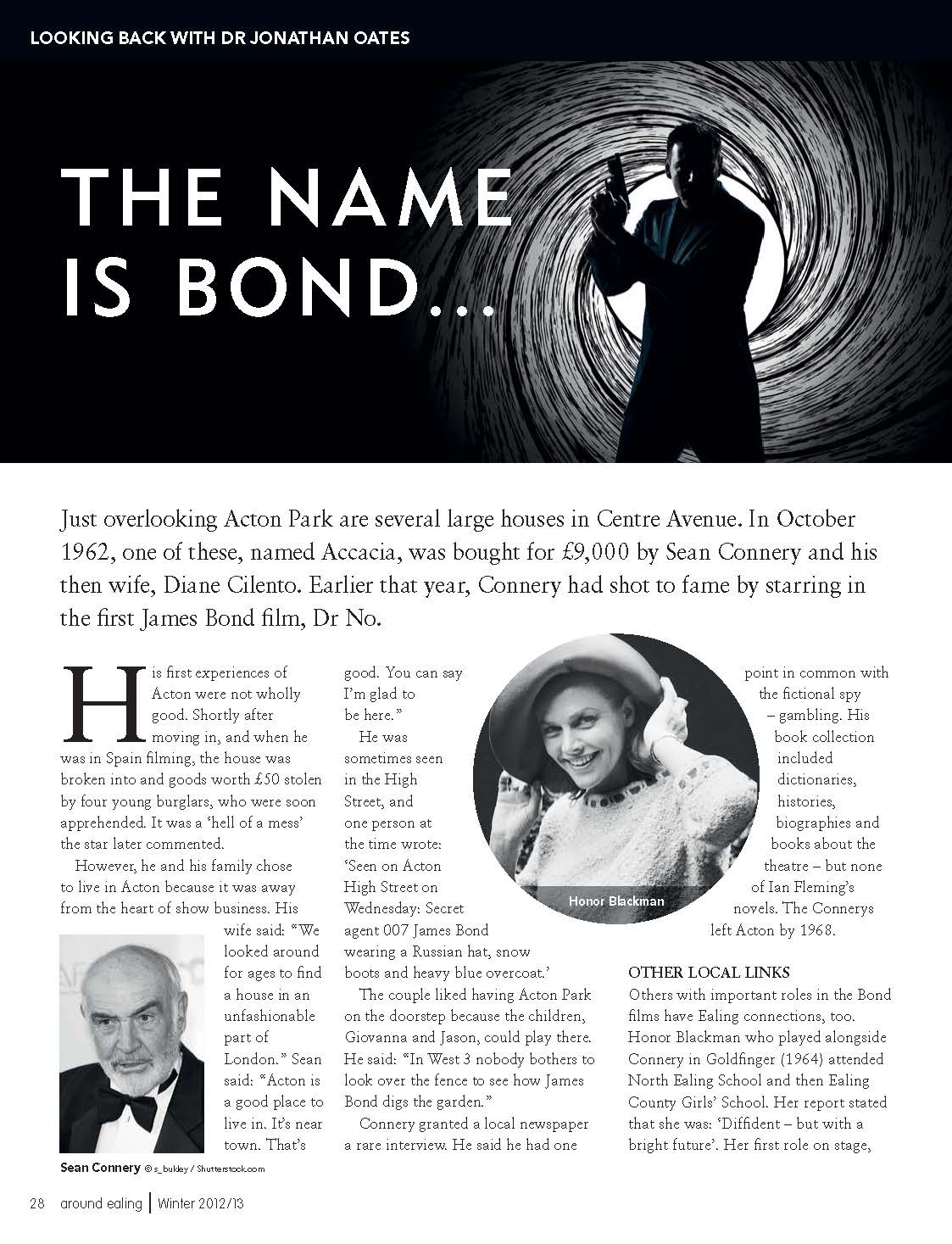 The name is Bond…

Just overlooking Acton Park are several large houses in Centre Avenue. In October 1962, one of these, named Accacia, was bought for £9,000 by Sean Connery and his then wife, Diane Cilento. Earlier that year, Connery had shot to fame by starring in the first James Bond film, Dr No.

His first experiences of Acton were not wholly good. Shortly after moving in, and when he was in Spain filming, the house was broken into and goods worth £50 stolen by four young burglars, who were soon apprehended. It was a ‘hell of a mess’ the star later commented.

However, he and his family chose to live in Acton because it was away from the heart of show business. His wife said: “We looked around for ages to find a house in an unfashionable part of
London.” Sean said: “Acton is a good place to live in. It’s near town. That’s good. You can say I’m glad to be here.”

He was sometimes seen in the High Street, and one person at the time wrote: ‘Seen on Acton High Street on Wednesday: Secret agent 007 James Bond wearing a Russian hat, snow boots and heavy blue overcoat.’

The couple liked having Acton Park on the doorstep because the children, Giovanna and Jason, could play there.

He said: “In West 3 nobody bothers to look over the fence to see how James Bond digs the garden.”
Connery granted a local newspaper a rare interview. He said he had one point in common with the fictional spy – gambling. His book collection included dictionaries, histories, biographies and books about the theatre – but none of Ian Fleming’s novels. The Connerys left Acton by 1968.

Others with important roles in the Bond films have Ealing connections, too.

Honor Blackman who played alongside Connery in Goldfinger (1964) attended North Ealing School and then Ealing County Girls’ School. Her report stated that she was: ‘Diffident – but with a bright future’. Her first role on stage, in 1938, aged 13, was at a play in St Stephen’s church hall. Her family still lived in West Ealing in the 1960s and as a child she had been a regular at the Perivale horse riding school.

Fiona Fullerton co-starred with Roger Moore in A View to a Kill (1985) and lived in Princes Gardens in Ealing from about 1977 until 1983. On leaving, she said: “I love Ealing and will be sad to go but I am restless.” Whilst living here, she and her then husband set up Pendant Productions and put on a show at Questor’s Theatre in 1977.

Finally, there was Matt Monro who lived at 1 Dallas Road, between 1974-1985; he had sung the title song of From Russia with Love (1963). He redesigned and extended the house for his family. According to him: “It’s very convenient here. We are near the airport, there’s access to central London and there’s the motorways just down the road.” He was a regular player at the nearby golf course but, as his son said, while he would like to sing like his father, he would not like to play golf as his father did.

The only local reference in an Ian Fleming story to the locality is to Northolt Aerodrome in a short story collection.

This originally appeared in Around Ealing winter 2012/13 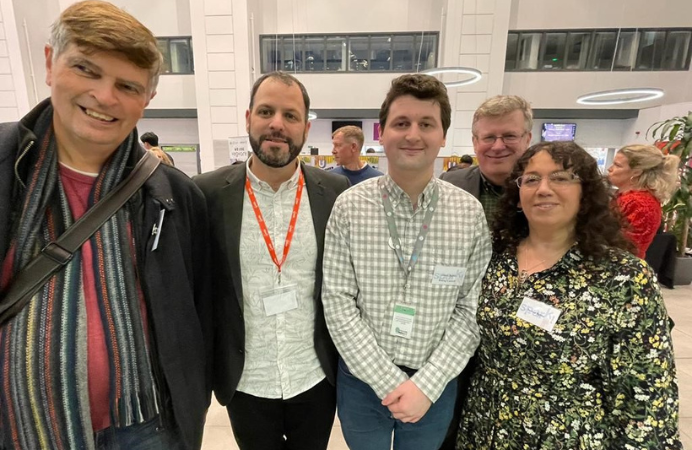