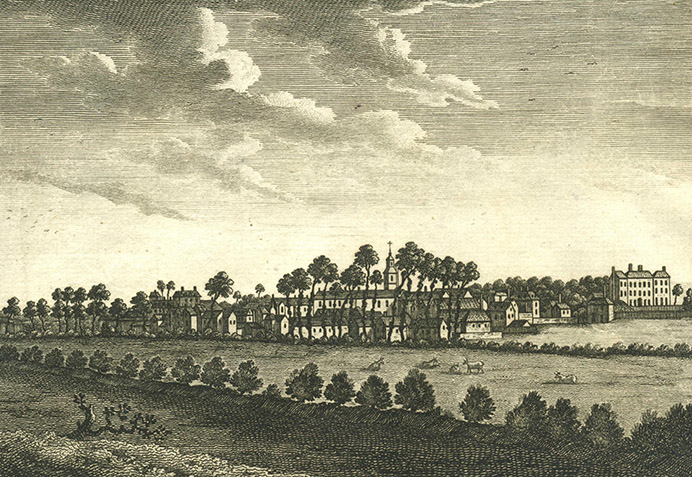 Acton History Group has recently published the fascinating history of the Mill Hill Park conservation area, by local resident and historian Nigel Middlemiss. The group has supplied us with this summary.

The Victorian age is one of industrialisation, and garden suburbs were seen as a new way of introducing the beauty of nature into cities. The idea was driven by artists and aesthetic thinkers such as John Ruskin and William Morris, who both lived in Hammersmith, London.

Their notions were picked up most notably by the developers of Bedford Park in London W4 and the Hampstead Garden Suburb, whose work acted as an inspiration to William Willett, the developer of Mill Hill Park, London, W3.

The area which has been occupied since prehistoric time, had several owners, and eventually being inherited by Sir Henry Featherstonhaugh, who sold it to land speculators and local gentry. In 1809 he sold 53 acres of the Acton manor to Richard White who immediately had a large mansion, known as Acton Hill House, constructed at the southern end of Windmill Hill, part of which still survives.

White died in 1847, with his widow Mary remaining until 1859, when she sold it to Walter Elliot Whittingham and the British Land Company. Houses were built to the north and Acton Hill house and grounds taken by the Buxton family as a family home.

On Buxton’s death, in 1877, Acton Hill House was sold to property developer William Willett. Almost immediately, Willett laid out three new roads and began to build upmarket houses on the land. The exclusivity of the Mill Hill Park estate was emphasised by wrought iron gates and a park keeper was employed by private subscription from each householder to act as unofficial police officer.

William Willett was a pioneer in proposing putting the clocks forward to take advantage of extra daylight in the summer, in a pamphlet titled The Waste of Daylight, arguing for a change in the law.

The project to create the booklet was supported by the council’s South Acton Ward Forum.

Picture at top of article: View from Mill Hill towards Acton – 1794.