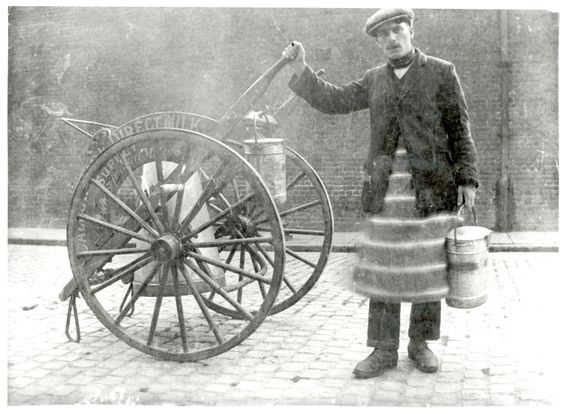 Since 1801 a census has been carried out in Britain every 10 years and now we have the latest census this year it seems appropriate to look back to the census of 1921, writes borough archivist Dr Jonathan Oates.

The individual contents of the 1921 census will be made available next year.

This was the first census made after the First World War and the emancipation of women and it was expected that it would indicate numerous social changes. At the beginning of the year there were discussions in the Education committees of Ealing and Acton councils as to who should be employed as enumerators, the people who would distribute the census schedules to each household and then would collect them two days later. It was first suggested that teachers could be employed to do this task. However, some councillors, such as councillor Bradford on Ealing Council, said that it would be better to employ local men who had been unemployed for some time, and this approach was eventually accepted in both districts. 50 men were employed in Acton on this task and 54 in Ealing.

At first the census was planned for April 1921 and this date was stamped on the forms. Yet because of a national strike by the coal miners, it was decided to postpone the census until Sunday, 19 June. The same forms with the erroneous date were still used in order to avoid wasting money.

The questions on the form, which had to be filled by the head of each household, were, for each person, their name, age and marital status. For the first time, for the latter, there was a column for divorced people, then a very small minority. Birthplace and nationality were to be stated. For children there was a question about their schooling; for adults a question about their employment and their place of work. For adults, the number of children born to them, whether alive or dead, was included, and for some counties in or near Wales, Welsh speakers were to be indicated. The number of rooms in the household was another question. Most of these had been asked in the 1911 census, but some were new. No question was asked about married people who were separated which was more common than those divorced.

The forms were distributed on Saturday, 18 June and were to be filled in on the Sunday, and then would be collected on Monday, 20 June. In Hanwell, 5,000 were handed out; in Greenford and Perivale 300 were delivered. In Hanwell, Mrs Clough, the registrar of births and deaths, organised it. There was information about the census in the local press, as the most important source of additional information and news to the majority of the population. There were also lessons in schools about how to fill in the form to that children could tell this to their parents. The minister of Acton Congregational church preached a sermon about the census and he said that this was an important responsibility ‘not a trivial task’.

The taking of the census seems to have gone smoothly and the enumerators had no problems in collecting all the census schedules. Mrs Clough said that she was too busy to comment, but agreed all went well. Some people filling in the forms made mistakes; some women ticked all the boxes and some people confused the columns where details of marital status and employment had to be completed. No major blunders were made, however. It took two years for all the information to be evaluated and the summaries published. Although the number of Acton residents was lower than the Medical Officer of Health estimated, it was no surprise to note that there was overcrowding and unemployment in south Hanwell.

The information collected was published in tables of statistics on a county and district wide basis, but was more detailed for districts with a population of over 50,000. In Greenford and Perivale there were 1,461 people, with an almost equal split between male and female; for Hanwell there were 20,481 people; 9,601 men and 10,880 women and for Southall-Norwood that of 30,287 in total; 14,174 men and 16,113 women. Hanwell had seen a 5% growth; Southall over 10% and Greenford had a 40% rise, though beginning at a very small base. Northolt was then part of Uxbridge and had a population of 904; and it is interesting to note that unlike elsewhere there were more men than women, though the difference was slight; 469 to 435 and population there had increased by almost 50% in the last decade.

For Acton and Ealing there is a wealth of social and economic information about the populations, mostly about nationality and employment. Acton had a population of 61,299; 28,317 men and 32,982 women. This was 6% higher than the 1911 total. In Ealing lived 28,911 men and 38,844 women, a total of 67,755 residents; a 10% increase on the decade and we shall later explore the greater discrepancy in gender. Generally, these population rises mirrored that of the county, which had seen a modest growth.

For Ealing, the single most common male occupation was those employed in commerce and finance, amounting to 3,300 men. Another 2,774 were clerks and draughtsmen. Unlike Acton there was very little industry in Ealing. As with Acton, the most common female occupation was personal service; 4,893, almost all of whom were in domestic service and this accounts in part for the large discrepancies in gender in Ealing. As in Acton, clerks and typists were common; 1,915 women being employed in such. Such points to the fact that many households in middle class Ealing employed one or more servants and most were female.

A minority were from India, South Africa, Australia, Canada and New Zealand; in Acton they numbered 552 and Ealing 1,374. The disparity is primarily because 743 from Ealing had been born in India. This is significant because Ealing at this time was known as a place where soldiers, merchants and civil servants who worked in and administered India came to live with their families. It was remarked upon by George Orwell, Agatha Christie and in a contemporary study of the county. 148 Ealing residents had been born in Australia.

In Ealing and Acton there were also a few people from other countries, mostly from Europe and the USA. In Action there were 125 people from France and 94 from Germany; only nine from Poland. In Ealing the French predominated with 181; there were 78 Germans and 46 Poles.
Household sizes tended to be larger than many are now. In Ealing, there were 659 single person householders, or under 5%, and 1,138 households of ten or more people and 1,412 with eight or nine people. The average household had 6 or 7 people. Some of these households would have included live in servants as well as greater numbers of children. In Acton there were rather more single person households; 946 and rather less of the largest households, with only 279. The average household size in Southall and Hanwell was five, and in Greenford four.

There were fewer very elderly people. In Acton, there was only one man over 90 years old; there were 12 women in that age bracket. There were rather more babies in Acton than Ealing; 1,196 aged under one compared to 984 in the more populous Ealing (but which had more unmarried women than Acton, many being servants). 44 people in Acton were divorced; 46 in Ealing. There were more single men than married men, but the disproportion of single women to married women in Ealing is clear; 21,202 to 14,009, whereas there was under 1,000 fewer married men to unmarried ones. Again, to an extent, this is accounted for by the number of female servants.

The census showed that local populations were rising, that there were more women than men, but with more men being employed than women. Where women were employed domestic service and laundry work, as always, were the major employers but increasingly women were taking jobs in offices and the professions. This could be accounted for by better education, increasing female aspirations and the fact that many men had been killed in the recent war, opening up vacancies which had not existed previously. Furthermore, with less men available to marry, more women had to go out to work to provide for themselves or where fathers had been killed, to support other family members. Where men worked, and most did, factory, office and transport work were predominant except in rural Greenford where farming was still the major employer. This situation was not to last, however as Greenford became increasing suburban.

There are far more statistics in the census abstract as to households, ages, employment and birthplaces, and anyone wanting to know more should contact Dr Oates at OatesJ@ealing.gov.uk