Home > Stories of those who resisted racism 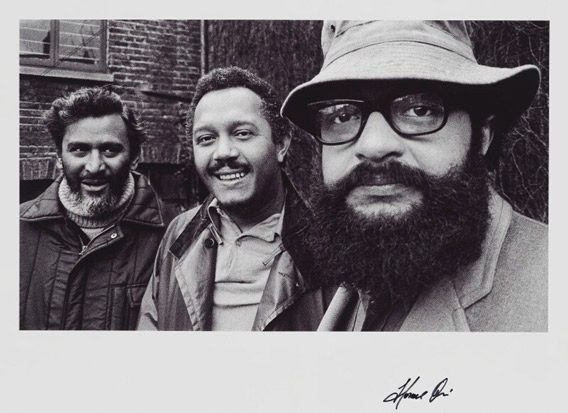 Stories of those who resisted racism

A new exhibition coming to the borough in November showcases the lives and actions of people who stood up to racism. Local people have played a huge role in pulling it all together.

Ealing Rises Up is part of Citizen UK, a collaboration between the National Portrait Gallery and the council’s Ealing Local History Centre, in partnership with artists Asia Ahmed and Narvir Singh, and local volunteers.

The outdoor exhibition, by the Round Pond in the park, will investigate stories of people who stood up to, and resisted, racism from the mid-20th Century onwards and it recognises some of the lesser-known figures involved. Using archive material, spoken word and film, it will tell the stories of local activists and the movements they were part of.

You will be able to see portraits, photographs and research, and also be able to access interviews from Gunnersbury Park Museum’s archive and watch newly commissioned films.

Our borough has a rich but largely hidden history of migration and activism that began in the early 20th Century and continues today. This includes campaigning for rights and organising into community groups for solidarity and greater impact. Thanks to help from local volunteer Citizen Researchers, the project has worked hard to creatively tell these inspiring stories using archive material, spoken word and film.

At the heart of the project is research into missing voices from the local community, many of whom are not captured in archives and collections. The volunteer Citizen Researchers from the borough have been using their interest in activist histories and the experiences of black and Asian communities to delve into these stories – including hearing from people with living memory of the times. Indeed, the Citizen Researchers were from a range of generations, backgrounds and experiences and these personal stories have been brought to their research.

Local people have contributed in other ways too, with residents responding to the project’s plea for video and moving images of the borough in the 1960s-1980s to help to tell the story of what the borough was like during that time.