Home > Volunteers asked to rise up for research project 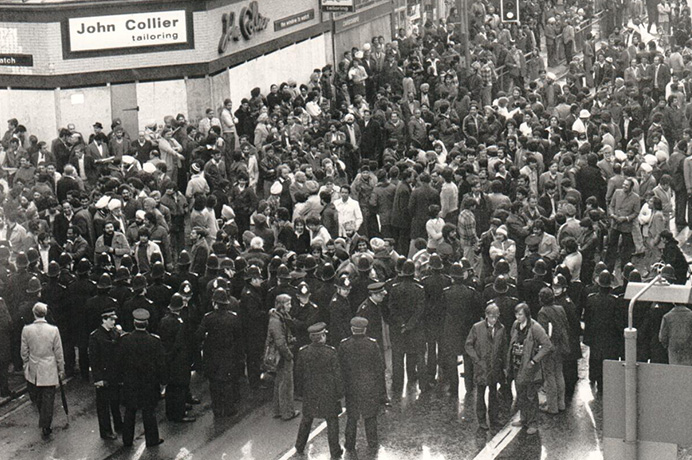 Volunteers asked to rise up for research project

Do you like research? Are you interested in local history? Volunteers are needed to help the borough’s library service put together an exhibition to shine a light on those who have fought racism.

Ealing Rises Up, planned for later this year, will highlight political activism by black and Asian communities in our borough during the 20th Century.

Our borough has a rich, but often not widely known, history of activism that began more than a century ago and continues today. (The photo above is of the peaceful prelude to the Southall riots of 1979).

Ealing Libraries’ local history centre is working on the project with the National Portrait Gallery and is calling for ‘citizen researchers’ who live in our borough to help delve into the archives and bring stories to life, between April and July.

It will all feed into an exhibition that intends to tell the stories of those who stood up and resisted racism and to recognise some of the lesser known figures.

The exhibition is being funded by The National Lottery Heritage Fund and Art Fund and is part of a series of ‘Citizen UK’ projects being run by the National Portrait Gallery until 2023.

Those getting involved as citizen researchers would be working with a filmmaker and poet and would have the opportunity to be a part of creative storytelling.

And, as well as working closely with professional artists, they will receive support from experts, and training in research and oral history. Vouchers will also be given in recognition of the time spent on the project.

Want to know more? You are asked to get in touch if you are:

Volunteers will need to be able to commit approximately eight half-days to the project. They will also need to be able to attend online events (or be supported to get online at home) – including training workshops and participating in group work.

To apply, you need to explain why you are suitable and why you want to be involved in a maximum of 200 words. You can submit this by emailing some text, or a video or voice note to citizenuk@npg.org.uk by the deadline of Friday, 5 March 2021.