Home > Second World War: ‘They were all very brave’ 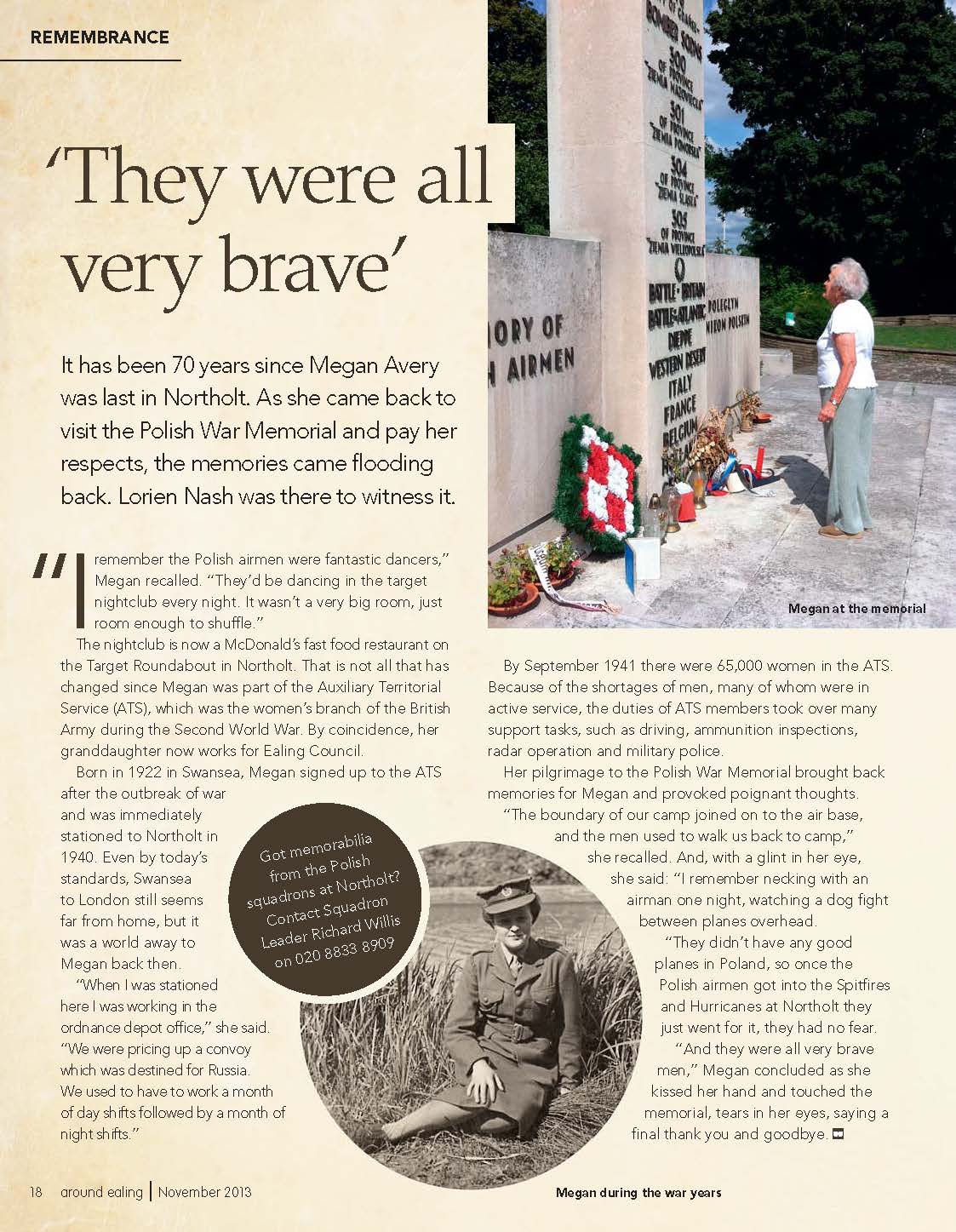 Second World War: ‘They were all very brave’

It has been 70 years since Megan Avery was last in Northolt. As she came back to visit the Polish War Memorial and pay her respects, the memories came flooding back. Lorien Nash was there to witness it.

“I remember the Polish airmen were fantastic dancers,” Megan recalled. “They’d be dancing in the target nightclub every night. It wasn’t a very big room, just room enough to shuffle.”

The nightclub is now a McDonald’s fast food restaurant on the Target Roundabout in Northolt. That is not all that has changed since Megan was part of the Auxiliary Territorial Service (ATS), which was the women’s branch of the British Army during the Second World War. By coincidence, her granddaughter now works for Ealing Council.

Born in 1922 in Swansea, Megan signed up to the ATS after the outbreak of war and was immediately stationed to Northolt in 1940. Even by today’s standards, Swansea to London still seems far from home, but it was a world away to Megan back then.

“When I was stationed here I was working in the ordnance depot office,” she said. “We were pricing up a convoy which was destined for Russia. We used to have to work a month of day shifts followed by a month of night shifts.”

By September 1941 there were 65,000 women in the ATS. Because of the shortages of men, many of whom were in active service, the duties of ATS members took over many support tasks, such as driving, ammunition inspections, radar operation and military police.

Megan’s pilgrimage to the Polish War Memorial brought back memories for her and provoked poignant thoughts.

“The boundary of our camp joined on to the air base, and the men used to walk us back to camp,” she recalled. And, with a glint in her eye, she said: “I remember necking with an airman one night, watching a dog fight between planes overhead.

“They didn’t have any good planes in Poland, so once the Polish airmen got into the Spitfires and Hurricanes at Northolt they just went for it, they had no fear.

“And they were all very brave men,” Megan concluded as she kissed her hand and touched the memorial, tears in her eyes, saying a final thank you and goodbye.