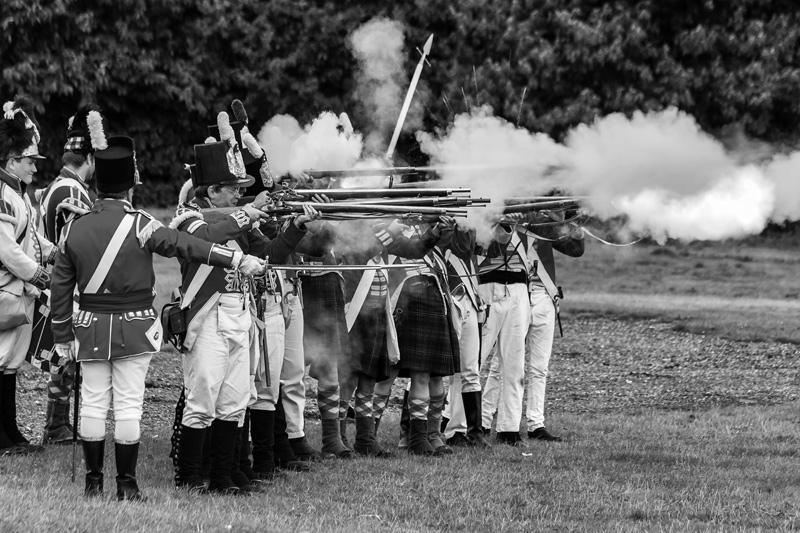 Dr Jonathan Oates looks at how this much discussed battle in Europe touched our own area 200 years ago.

This year marks the bicentenary of the battle of Waterloo in 1815, when the British, German and Dutch troops under the command of the Duke of Wellington and Prince Blucher defeated the French under Napoleon and so ended the long wars which had engulfed Europe for over two decades.

All this may seem a long way from Ealing, but this warfare abroad did have an impact on life locally. Volunteer forces were raised because it was feared that the French might try to invade.

There was the Brentford Armed Association of 1798-1802 about which little is known, though their flag was blessed in church in 1798. There was a brief truce in the fighting, so they were stood down, but the resumption of conflict in the following year led to the Ealing and Brentford Volunteer Corps being founded; one of thousands across the country.

Wealthy residents gave money to a committee to buy uniforms and weapons for the volunteers. Among these was Dr Nicholas of the Great Ealing School and the Vicar, the Reverend Colston Carr. The stated purpose of this was ‘for the support of our King and Constitution, and for the Defence of our Country against Invasion’. There were posters and handbills printed to encourage men to enlist or to help pay.

The body was to be commanded by Lieutenant Colonel Drinkwater, who had previous military experience, and to consist of six companies, numbering about 360 men in all.

There was also a company formed of men from Hanwell, Norwood and Northolt – and a company of Acton Volunteers. John Delamain of East Acton wrote on 23 October 1803: ‘I have only to add that Acton has raised a company of volunteers which are attached to the Ealing and Brentford corps. They received their colours last Thursday, which made a fine holiday for the surrounding country.’

What is mostly unrecorded is what these volunteer forces actually did, once uniformed and armed and organised into companies. We can be fairly certain that they would have trained as soldiers, undertaking drill, marches, musket practice and possibly other training. They probably did not leave their districts nor train with other units. In 1804, to mark their first anniversary of being formed, the volunteers performed various military exercises and firing, presumably in public. This was reported in the press and was highly praised. What is certain is that they did not see any active service.

These units were disbanded in 1806 following the victory in the previous year at Trafalgar which diminished the danger of invasion. The accounts for St Mary’s in Norwood refer to this battle being celebrated locally, ‘Paid for a form of Prayer for a General Thanksgiving for the Great Victory obtained by the ever to be lamented Lord Nelson’. When the wars were at an end, the parish of Acton petitioned the government about the high taxes that had been raised to finance them, ‘which they had hitherto sustained without complaint’. With the arrival of peace they looked forward to a reduction in such costs, especially the ‘partial, oppressive and inquisitorial’ Income Tax (established in 1799).

Dr Jonathan Oates gave a talk on this subject at Ealing Central Library.

This originally appeared in May 2015