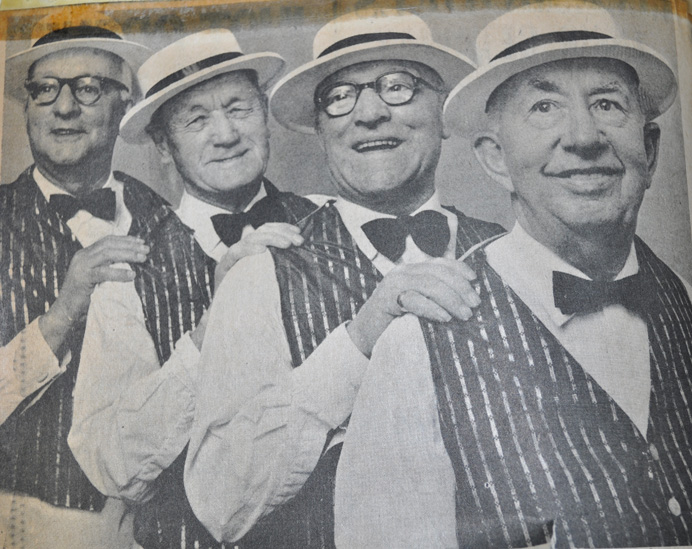 Local history discovered during clear out

As plans progress to redevelop the council’s Perceval House site in Uxbridge Road, its staff have been preparing for the changes by sorting through the offices. As one old cupboard was being cleared out,  an interesting piece of local history was uncovered.

One of the tasks of the council’s communications team is to monitor media coverage of the council so it can see what is being reported, positive and negative, and respond to feedback. This job is now done digitally but, in the days before computers, staff from what was then called the ‘entertainments department’ cut out articles from newspapers and stuck them into scrapbooks to keep track of how their events were reported in the media.

Two of these old scrapbooks were discovered, one from the 1950s and 1960s and another from the 1970s, and they provided a fascinating insight into Ealing’s arts and entertainment scene at the time.

An article from Dance News dated January 1955 reported that the council had banned jive and other forms of ‘eccentric dancing’ from all of its halls. It did not say why.

And another article in a precursor to the Ealing Gazette, the Middlesex County Times, reported that the 1955 Ealing Musical Festival had made a £97 loss, around £2,400 in today’s money. Ealing Town Council was being asked to step in to give financial support.

Skip forwards to 1962 and, with a picture reminiscent of BBC’s Come Dancing (the forerunner to Strictly Come Dancing), Leonard Wood of Ealing and Pamela Gosling of Hayes were featured as the winners of the Ealing amateur modern ballroom dancing contest.

Pamela’s dress was described as made from “100 yards of material and embossed with more than 70 gross of diamantes”, more than 10,000 stones. Pamela was quoted as saying: “Len always designs and makes my dresses.”

The Ealing Elderly Persons Talent Contest that took place in in front of an audience of 552 at Ealing Town Hall in April 1969 also seemed to be a big hit. John Gibley, the Ealing entertainments manager, described the competition as a ‘galaxy of talent’.

And in 1976, the front page of the Midweek Gazette (priced at 3p) was dominated with a picture of the late Princess Margaret who visited Ealing to inspect the uniformed youth organisations on parade on Ealing Common as part of Youth Day.

One of the last articles from 1978 does not concern an Ealing Council event, but gives an insight into what people nearly 40 years ago thought the future looked like.

It tells the story of some cutting edge technology in use at a new wine bar on Pitshanger Lane called The Brentham Vineyard. The proprietor, Peter Hicks, told The Gazette that the new digital service called Ceefax was being use to flash up the message that it was last orders. He said: “The service has created tremendous interest. People come in to read the news, get racing tips and weather!”

The scrapbooks will now be passed on to Ealing’s borough historian, Dr Jonathan Oates, and the clear-up of Perceval House continues.