Home > Libraries: A story of more than books 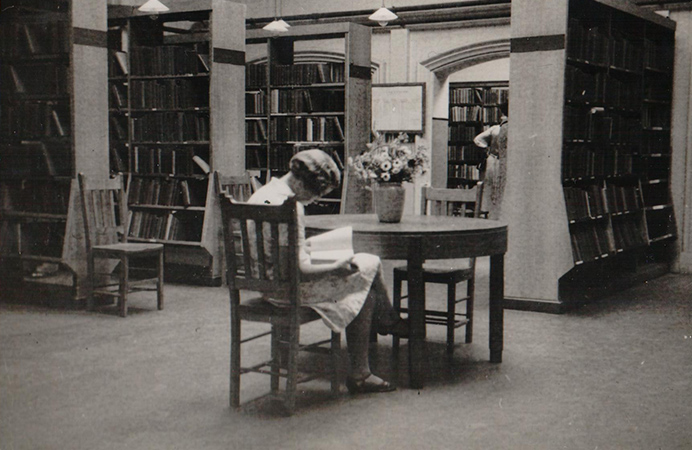 Libraries: A story of more than books

Ealing’s libraries were born more than 130 years ago thanks to local people wanting to do something good for their neighbours and fellow residents, something they achieved with support from the council of the time. Things have come full circle and now libraries need local people again. But where did it all begin?

Ealing’s first public library was founded in 1883, writes Dr Jonathan Oates. It was largely thanks to John Allan Brown and a group of middle class citizens who thought that reading books and newspapers should be available for all. It was to be financed by the council.

Ashton House, near to Bond Street was the library’s first home, but in 1889 it moved to the new Ealing Town Hall and in 1902 to the newly acquired Pitzhanger Manor, where it remained until moving to the new Ealing Broadway Centre in 1984. For the first few decades all books were only accessible by requesting them from library staff; no books were on ‘open access’ shelves to look at before being lent. Libraries were seen as being educational and a way for people to advance their careers.

Nearby districts adopted libraries at the beginning of the 20th Century: Acton in 1900 (pictured above), Hanwell and Southall in 1905.

As the First World War came to an end in 1918, libraries began to put their books on open access shelves to allow people to browse before they borrowed.

Population expansion in the north of Ealing in the 1930s led to more libraries being opened there; in Greenford, Perivale, Wood End and also in Jubilee Gardens. Schools and community centres were also used as places where books could be borrowed and returned.

In the second half of the 20th Century libraries began to provide services in diverse ways under Ealing Council with new mobile libraries and a homebound service, gramophone records began to be lent from the 1960s and then local history material was collected and made available to researchers.

Books and newspapers were soon available in languages other than in English and events began to be held in libraries for children and adults. And, in 1970, the library service issued three million items annually, despite the growing rival attraction of TV to those who read for entertainment.

Libraries continued to move with the times with CDs and videos and then DVDs, and now online services too.

Over the years some interesting characters were thrown up along the way, too. Including, as appeared previously on this website, a Dr Toufar, who cut a mysterious figure for his colleagues at the time.

Dr Jonathan Oates is due to hold a history talk on this subject on 25 April. For more details, contact the local history centre at West Ealing Library, Melbourne Avenue, on 020 3700 1065.

Meanwhile, the council is currently running a consultation on the future of our libraries (until 17 May 2019) and is looking for potential volunteers prepared to get involved in the library service.