Home > Help film to rock all over the world 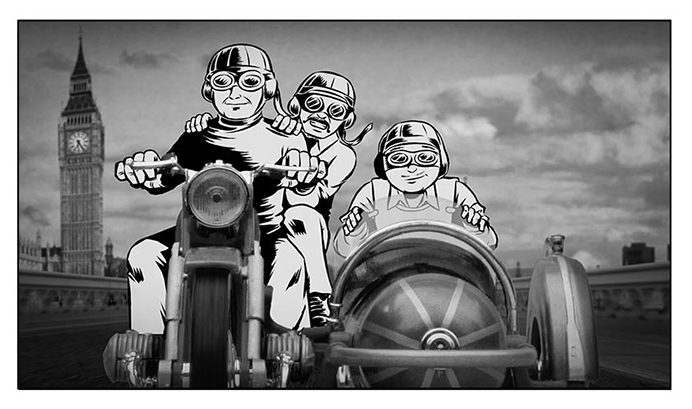 Help film to rock all over the world

The people behind an acclaimed film about how a small club in Ealing helped shape early rock music into a global phenomenon are hoping to tell the whole world its story. And you can play a role in making that happen.

Suburban Steps to Rockland tells the tale of how 1960s Ealing earned the label ‘the cradle of British rock music’. You can read more about the film and how it came about in our story from 2017, when the team behind it finished the project. You can view the official trailer above.

After screenings at the Barbican and Royal Albert Hall; and in Barcelona and Liverpool; the full film is now going to be shown on Sky TV in the coming months.

The plan is to push it to a wider audience, via television and cinema – and by making it available on DVD. But it takes money.

Originally, the project was largely crowd-funded and many people, including Ealing locals, put money into the pot to get it off the ground. Now the team behind the film has launched another crowd-funding attempt to take it to a wider audience.

For helping to get the film – and Ealing’s rock history – out to the rest of the world, there will be a range of rewards. People who back the crowd-funding effort could get gifts ranging from guided tours of the Marshall Amplification factory, or a limited batch of hand-numbered art prints autographed by Pete Townshend of The Who; to limited edition DVDs and T-shirts.

Suburban Steps to Rockland features an extensive range of video archive footage licensed by award-winning filmmaker Tony Palmer and world-famous libraries such as INA and StudioCanal.

The documentary was written, directed and co-produced by Giorgio Guernier and co-produced by Alistair Young, from the Ealing Club CIC (community interest company). The CIC is the group that preserves the heritage of the Ealing Club venue, opposite Ealing Broadway Tube station, that spawned so many legendary acts. Rolling Stones, Cream, Fleetwood Mac and the Jimi Hendrix Experience all owed their formation, or development, at least partially to the club.

‘Fantastic to count on some support’

Alistair said: “To help push awareness of Ealing to audiences across the world we hope to launch a second crowd-funding campaign that will push the film forward to the international market with a theatrical release to television and cinema and with the production of DVDs.

“It would be fantastic if we could count on some support from the people of the borough. In return, we have lined up a series of exciting pledge rewards for those getting involved.

“This additional support is key, given the costs involved in moving the film from a ‘film festival’ grade project to becoming a fully-fledged movie available on all platforms.

“Notably, this includes the costs of music licensing, and upgrading the movie to have ‘all media’ music licenses to allow us to extend beyond the film festival music licenses.

“The film would certainly have already appeared on television and seen a wider theatrical release had it not been for the compelling soundtrack that is wrapped up with the film. Classic songs such as Sunshine of Your Love, I Can’t Explain and countless other songs illustrate how the golden generation of British music, who provided a soundtrack for millions across the world, ‘cut their teeth’ in Ealing.”

Find out more – or get involved