Home > Days in the movies 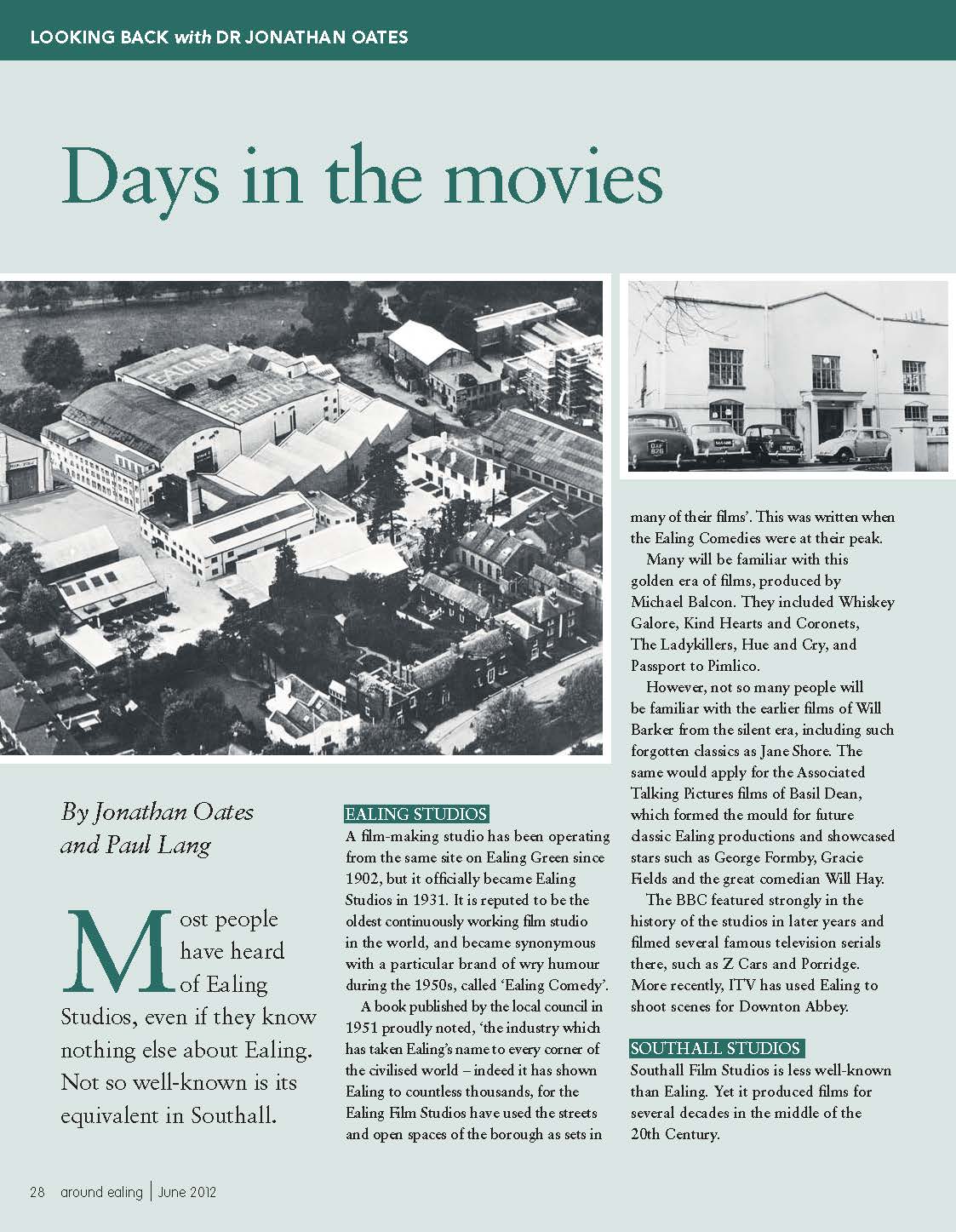 Days in the movies

Most people have heard of Ealing Studios, even if they know nothing else about Ealing. Not so well-known is its equivalent in Southall. By Jonathan Oates and Paul Lang

A film-making studio has been operating from the same site on Ealing Green since 1902, but it officially became Ealing Studios in 1931. It is reputed to be the oldest continuously working film studio in the world, and became synonymous with a particular brand of wry humour during the 1950s, called ‘Ealing Comedy’.

A book published by the local council in 1951 proudly noted, ‘the industry which has taken Ealing’s name to every corner of the civilised world – indeed it has shown Ealing to countless thousands, for the Ealing Film Studios have used the streets and open spaces of the borough as sets in many of their films’. This was written when the Ealing Comedies were at their peak.

Many will be familiar with this golden era of films, produced by Michael Balcon. They included Whiskey Galore, Kind Hearts and Coronets, The Ladykillers, Hue and Cry, and Passport to Pimlico.

However, not so many people will be familiar with the earlier films of Will Barker from the silent era, including such forgotten classics as Jane Shore. The same would apply for the Associated
Talking Pictures films of Basil Dean, which formed the mould for future classic Ealing productions and showcased stars such as George Formby, Gracie Fields and the great comedian Will Hay.

The BBC featured strongly in the history of the studios in later years and filmed several famous television serials there, such as Z Cars and Porridge.

Southall Film Studios is less well-known than Ealing. Yet it produced films for several decades in the middle of the 20th Century.

In 1924, GB Samuelson converted premises in Gladstone Road into a dark stage. The first film produced there was Two Little Drummer Boys, in 1928.

A significant fi lm of the 1930s was Children of the Fog, starring Barbara Gott, with cinematography by Eugene Schufftan. He was an important lighting cameraman for German, French and American films, who invented an optical trick, the Schufftan process.

Disaster hit the studios in October 1936 when it went up in flames. Thousands of pounds of equipment were lost. Reels for two recently completed films and the studio’s cat and kittens were also destroyed. However, the studios recovered and became known as the Metropolitan Film Studios.

After 1945, the Alliance Film Studios, which also owned Twickenham Studios, acquired the premises. Richard Attenborough and Shelia Sim, two rising stars, featured in Dancing with Crime which was produced there. Things Happen at Night was another Southall Studios film of the late 1940s.

In the 1950s the studios began making films for the increasingly important TV industry. One featured veteran horror star, Boris Karloff, who starred in Colonel March of the Yard. One of the last films to be made was The Second Mate, about crime on the Thames.

By 1956 the studios listed itself as a television production centre and employed 47 staff in total on its three stages. The studios saw out the end of the decade, but closed forever in 1960 and no trace of their former presence now exists.

This originally appeared in Around Ealing June 2012