Home > Christie the serial killer back on our screens 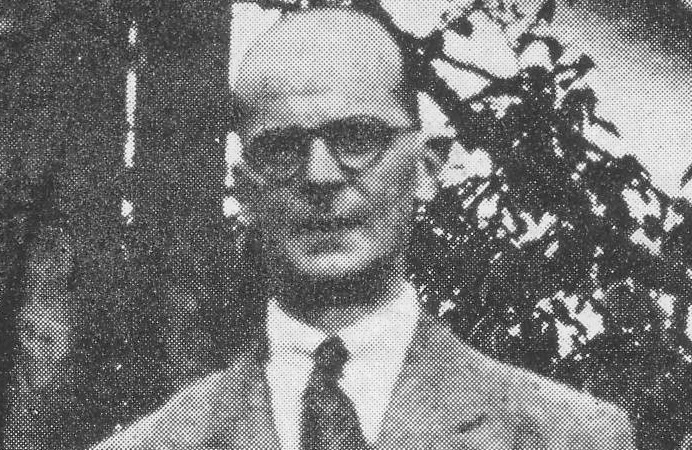 Christie the serial killer back on our screens

John Christie had been killing for years when women’s corpses were finally uncovered at his house in 1953 – hidden behind walls and also in the garden. Dr Jonathan Oates retells the tale.

One body was that of Muriel Eady, who had lived in Acton and worked in Park Royal. Another death ascribed to Christie was of a little girl whose grandmother was to later live in Greenford – and whose father was potentially wrongfully hanged for the crime.

This macabre and terrible tale is soon to be retold by the BBC in a new television series called 10 Rillington Place – named after the address of Christie’s house in Notting Hill. It is due to be on our screens from 29 November.

Muriel Eady went missing in 1944. She had worked in Park Royal for Ultra Electronics Ltd, which made radios. It was here that she met Christie, who previously lived in Southall. He lured Muriel to his home, where he drugged her, strangled her while she lay unconscious and then buried the body.

She had earlier lived with her aunt and her cousins, in Creswick Road, Acton, before moving to Putney in 1939. On Saturday, 7 October 1944 she left home to do some shopping. She had said at lunch, ‘I shan’t be late’. Yet she never returned home and, on Monday, did not arrive at work. It was presumed she had been killed in an air raid, because all her money and belongings were left at home.

Christie later admitted that he had invited her around so he could help her with her catarrh, and he mixed up some inhalants, which she took. When she fell unconscious, he strangled her and buried the body.

Timothy Evans was hanged in 1950 at Pentonville Prison for murdering his wife Beryl and their daughter, Geraldine. Their bodies had been found by police in a wash house in the garden of 10 Rillington Place, which the family lodged in. Both had been strangled. Evans claimed his downstairs neighbour Christie had killed Beryl in a failed abortion attempt (abortion was illegal) and told him that he had given his daughter, Geraldine, to a couple in East Acton to look after because of the potential for scandal. Evans had believed him.

Nevertheless, Evans was hanged for murder in March, 1950. The truth about Christie’s serial killing emerged exactly three years later in March 1953 when corpses were found at the same home in Notting Hill. He had clearly been killing for years and years – at least since 1944 because dental records showed that one of the skeletons had been Muriel Eady.

The horrible thought began to dawn on some people that Evans may have been innocent, and wrongfully hanged as guilty. And that Christie may have killed Beryl and ‘removed’ Geraldine after she had seen too much. Evans’s mother lived in Greenford in the 1950s and 1960s and expressed her doubts and fears to a local newspaper at the time.

In 1966 an official inquiry called the Brabin Report concluded that key evidence had been fabricated against Evans and that Christie had more than likely murdered little Geraldine; and Evans was later granted a posthumous pardon for this crime. Indeed, it has been postulated that doubts around the case may have played a part in the abolition of capital punishment in the country in 1965. However, Brabin’s report also found Evans could have been guilty of killing his wife, Beryl – so a mystery remains.

Christie was born in Yorkshire and served in the First World War, but in the 1920s moved to Southall. He committed a number of minor crimes there, including stealing a bicycle in 1924. He was arrested in Southall Park and jailed for six months.

At the outbreak of the Second World War, he volunteered as a War Reserve Constable and served until the end of 1943. In 1944-1945 he worked at Ultra, alongside Muriel.