Home > A glimpse at local education a century ago 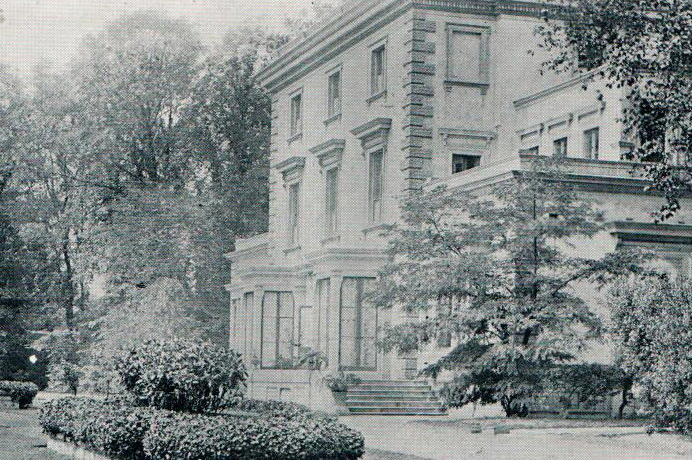 A glimpse at local education a century ago

In the spring of 1901 a Yorkshire solicitor by the name of Mr Chambers was tasked with finding a suitable school for the fatherless Mary Waddington, aged 15. He did this by writing to a number of private girls’ schools, who replied to give him details. The tale is told by Dr Jonathan Oates and gives us a fascinating glimpse into local education a century ago.

Mr Chambers received a reply from Mary Addison, proprietor of a school at Cedar Lodge in Lewisham, and she told him that ‘We have between 30 and 40 girls whose ages vary from 10 to 18 or 19. They are all of good social position’.

The neighbourhood was healthy and the school had two acres of grounds. Social status was also a concern of the proprietor of the school at West Heath on Ham Common, who told Chambers, ‘We desire to receive only the daughters of people of good social position, children who have no very serious faults’ for we are anxious to maintain the tone and standard of manner in our school’.

A school is chosen

Then, on 3 August Miss Spark of a school at Gunnersbury Lodge in Acton, told Chambers that ‘We have plenty of garden and out of door surroundings and yet we are near enough to London to go to concerts and to see pictures and institutions such as the Post Office’.

Chambers decided to put Mary in this school, despite further letters to him from West Heath.

Games played in the grounds were hockey and cricket. Gardening and photography were extras that could be taken if desired. There were five acres of land with the school. The rural nature of the school’s surroundings and the healthy environment were stressed.

Mary wrote to her mother in September 1901 to report that she had arrived at Gunnersbury Lodge ‘and like it very much so far’.

They had to rise at a quarter to seven and had prayers in the evening.

Letters from the pupils at school were read by the staff before being sent home.

Next month, Miss Spark wrote that ‘She seems quite happy and is settling very well’. By the end of the year Mary was described as being ‘good at all kinds of outdoor games and is a very pleasant member of our family’.

The end of term report was satisfactory, with Mary’s best results in French and history.

She was deemed hard working but ‘Her head works slowly but she is intelligent. I hope she will do well’.

By the next term, Chambers was being asked by Mary if she could drop either dancing or gym as she felt that she had not the time to do both and thought she had learnt all she was going to do with dancing.

It is unknown whether this happened, but she did develop an interest in taking the photography course.

By March 1902 Mary was unwell and a Dr Phillips had to be called. He proscribed a course of iron. This seemed to work for Miss Sparks reported that she was much better next month.

By summer she was playing in a cricket match, ‘but I am in doubts whether we shall win it’. She also thought that it was too hot to work.

Miss Sparks often took some of her pupils to Switzerland in the summer, costing them £40 each. Mary was to go with her, ‘I am looking forward to it very much, I think we shall have a very jolly time, when the travelling is over’.

Meanwhile there were the end of year exams and Mary wrote, ‘I am dreading tomorrow, as it is the music exam and I am so nervous’.

Nothing more is known about the Swiss trip nor the music exam but in January 1903 Mary appeared unwell. By now she had given up the dancing lessons but had been put in for elocution classes.

The final letter is of March that year. Her health was still a concern, Miss Sparks writing ‘she has not a very robust constitution and needs a good deal of care’.

Highlights of that time included a Shakespeare recital, and trips to London for concerts and a Wild West performance.

Perhaps this year was when Mary left the school. She did not have a long life thereafter, being married to Joseph Watkinson in 1907 and died, perhaps in childbirth, in 1909.