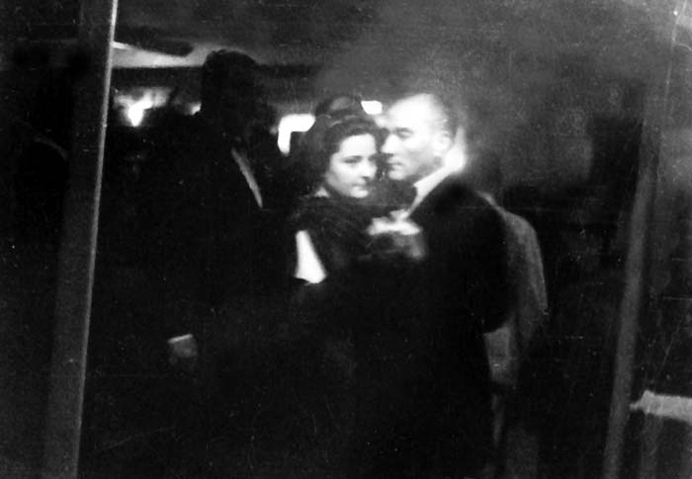 This is the ninth week of our serialisation of Ealing resident Alexander Goodlet’s diary from 80 years ago. This week, there is trouble in Japan but Goodlet takes his mind off things with a bit of dancing. To see the background to the serialisation, and the cast of characters, read our introduction.

Daniel called me at 7.30 this morning and I duly rose and breakfasted the youngsters. What an effort, though, I felt like death.

Daniel left for the City at 9.30 and thereafter I put in quite a busy morning on housework and getting lunch for Fuzz and Daniel and I.

Went to the bank and on my return wrote the Pater, which letter I air-mailed from Ealing. Called on Joan on the way home and found all well. Since dinner have been busy on things and put in two hours on the map.

The news today is of the tremendous mass assassination of Japanese

statesmen in Tokyo this morning by army officers and troops, who are now besieged in the ministerial buildings they have seized.

Today the RMS Majestic, ex-Bismarck, completed her last voyage and will soon take her final passage to the ship breakers.

Up at 6.40, a ghastly wrench, and gave the youngsters breakfast. Daniel and I breakfasted later. As soon as the charwoman arrived I went back to bed and slept gloriously until 1.30. The Aunts called and Joan and Thomasina also came. I saw the latter home at five and did some shopping in Ealing.

Mr Stanley came to dinner and afterwards, when Kidd and L.H. came in, we sailed two tremendous matches, both of which Mrs Stanley won. It was a good evening’s sailing.

I had a couple of letters from the Mater today, who seems to be improving. She enclosed one from the Pater, who is returning some time next week. I cannot make out from what the situation is.

Daniel, I am afraid, is not feeling too well and talks of returning to Cornwall on Monday to lay up for a few weeks.

Again up at 6.40 and again found it a ghastly experience. Left Daniel to sleep until 12, which seemed to do him good. Was fairly busy all afternoon and when the Boys came in went out to have my hair cut and visit the Library. Also called on the Aunts. Wrote the Mater and the bank and sent on J.M.s paper.

After dinner the Mater came on the ‘phone, and it seems that she was bad again yesterday. Couldn’t make out from her voice how she was feeling tonight. She is definitely returning on Tuesday.

Daniel was out all afternoon and evening and seems to have better news of business.

The Japanese situation is still unsettled and wrapped in considerable mystery.

Up at 6.40 as usual and after the usual routine had a nap when Mrs Johnstone came in.

Rose at 11 and dressed and thereafter was very busty on household matters until 3.30, when the Aunts arrived and assumed the household management until Monday morning. Kidd, Joan and Thomasina also came to tea, and so we were a large party.

Daniel and I dressed before dinner and after it went off to the School dance at Lancaster House and had a very jolly time. I danced a good many times with Miss Hallowes and Miss Brierley and thoroughly enjoyed myself, as they are both good dancers. Miss H. was reminding me of the Maxina, which we used to dance in the old halycon days of ’19 and ’20 in Birch Grove. Rather a cold, wet walk home afterwards.

Had a letter and a beautiful pair of socks from the Mater this morning, and cigarettes from Ine.
Thank Heaven, no 6.40 tomorrow morning.