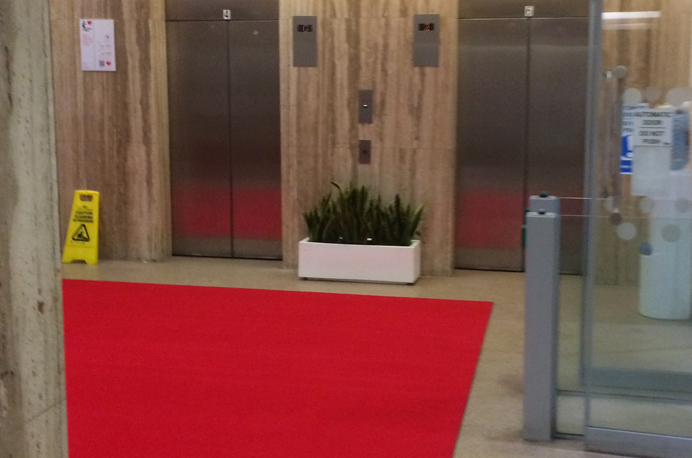 Maya is about to become the country’s new director of public prosecutions but Nick’s past as an undercover officer infiltrating dangerous organisations is coming back to haunt him, with potentially devastating consequences for his wife’s new job. Nick’s past has haunted him in various Ealing locations over the past few months; the Green Man Lane Estate and the Acton Vale Community Centre to name a couple.

Luckily we have had no complaints from residents or community centre users about Nick’s past trying to haunt them as well.

I Want My Wife Back stars Ben Miller as the jilted husband who doesn’t know what he’s done wrong. No need to feel too sorry for Ben since he also plays the dad in the current Tesco ad in which he has another wife and they both seem quite happy walking endlessly around the superstore behaving a bit strangely.

In I Want My Wife Back, Ben Miller’s luckless character spends his time trying to get his wifeless life back on track.

Ealing Council staff in Perceval House who worked on a certain Saturday in October this year might have noticed the lift lobby looking a bit more spruced up than usual. It was dressed to be a bank and you can try and spot it when the series airs next year.

Mr Selfridge, father of Miss Selfridge and husband of Mrs Selfridge, was filming around Ealing in October for a new series. The crew rolled into Elm Avenue on the south side of Ealing Common to film scenes for the new series to be broadcast next year.

Now for a break

And no Reel Life is complete without providing a little assistance to our advertisers and, since it is Christmas, what better time to help them out? So when you have a moment please visit as many supermarkets as you can and buy a lot of chips. Then check your credit rating and take out as much of a loan as it will allow. Wrap things up by getting back to the supermarkets and buying some nice breakfast cereal. Enjoy the results…

For more about the work of the office, or to look at adding your home or premises to its database, visit its website.