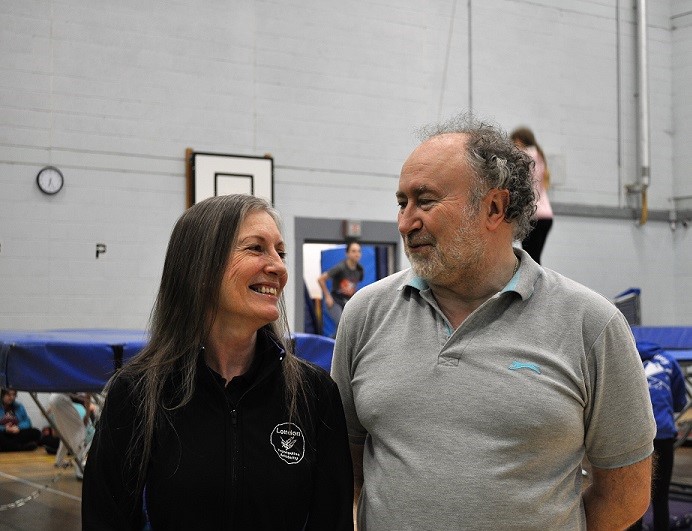 Hundreds of the borough’s most talented young athletes are taking part in sports trials this spring in a bid to win the chance to represent Ealing at the London Youth Games.

Held at the Crystal Palace National Sports Centre, the games are an opportunity for the capital’s best young sports people to compete against other youngsters in their age category.

Most of the qualifying competitions will be in May and June, with the finals for each sport taking place at Crystal Palace National Sports Centre across 7–8 July.

Sheila A’Bear and John Wotherspoon from the London Trampoline Academy, based at Reynold’s Sports Centre in Acton, have trained hundreds of young people for more than 30 years to represent the borough at the games.

John set up the academy 40 years ago and is director of coaching. He said: “It’s so important to have events like this for young people and the youth games really is unique in bringing together so many children from different areas, sports and abilities. As well as being a great way to stay fit and healthy, taking part in sport like this teaches them so much about working as a team, supporting others working towards a goal and sportsmanship.”

Sheila’s daughter, Nicola, took part in the games herself for more than 10 years and Sheila has even received a special award from the London Youth Games at the House of Commons in recognition of her outstanding work over many years to support young athletes.

Sheila, who is the academy’s director of performance, said: “We’re proud to have a long association with the youth games. It’s a great opportunity for young people to get experience of taking part in a major competition and it’s open to all young people, not just those who are members of clubs.”

The trials – and more information

There are 30 sports represented at the games. Trials are already well under way and basketball, netball and handball trials are also taking place.

Email Jo Valks to register to receive information about the games and to find out how to take part in the trials.

Only children who live or go to school in Ealing borough are eligible to try out for the Ealing team – if you live in another borough, contact your council for details.

Visit http://londontrampoline.com/for more information about how to try out or get involved with London Trampoline Academy.

The council is encouraging more people to take up sport and become physically active through its Get Moving campaign.