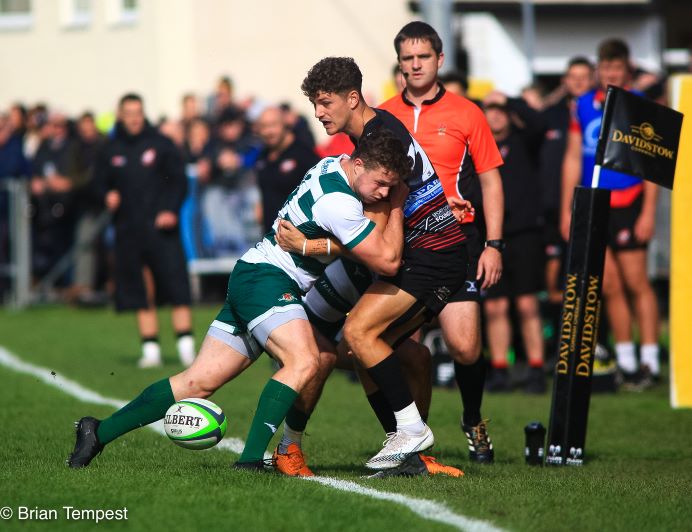 We have teamed-up with local rugby club Ealing Trailfinders to offer readers the chance of winning four tickets to their big game this Saturday (26 March) against Cornish Pirates.

It is the penultimate professional Championship Rugby game of the season. The clash will see second place take on third with both teams vying for a win, to help secure the Championship title for the first time. Both teams go into the game knowing that winning their remaining two games would see them crowned champions, so this really is a ‘must-win’ match for both sides.

In a scintillating season which has had it all, both sides have gone on fantastic winning runs while also having trouble on the road against some of their biggest rivals, with Ealing Trailfinders losing to Doncaster Knights and Cornish Pirates – with the Pirates losing away at Doncaster and earlier in the season 15-5 at Jersey Reds.

Last time the two sides met, it was a hard-fought game that went right down to the wire, seeing Cornish Pirates come away with a 15-12 win at the Mennaye Field. The men in green and white will be looking for revenge for that defeat on Saturday, as they aim to get back to winning ways at their home ground, Trailfinders Sports Club.

Located in Vallis Way, West Ealing, the club plays host to hundreds of games each year including minis and youth, women’s and amateur level rugby alongside the professional Championship Rugby every other week.

Email your answer to pressofficer@etprm.com for the chance to win. Competition closes at 4pm on Friday (25 March 2022) and the winner will then be contacted back via the email sent for entry. So, make sure you keep an eye on your emails on Friday evening in case you were the winner. Only the winner will be contacted – and they will be drawn at random from among the correct entries received. No monetary alternative is available.

Want to buy a ticket?