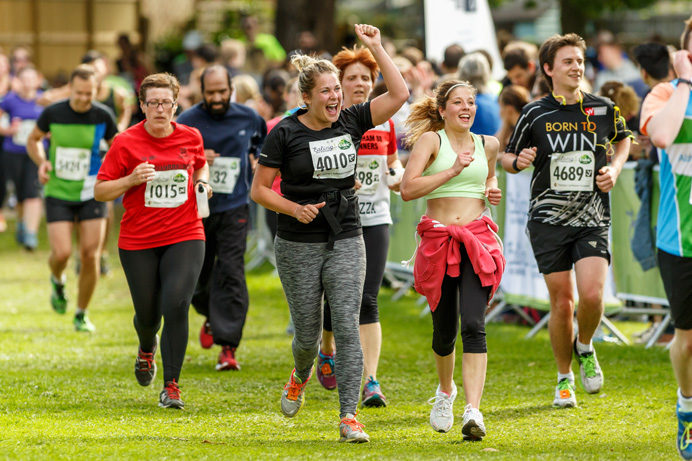 The Ealing Half Marathon is in the running to be voted the best of its kind in the UK for the third year in a row. Take part in our competition and you could win one of its coveted race places.

People are flocking to sign-up to take part in the fifth annual event, which will take place on 25 September; and race entries are still being accepted. It costs £36 for affiliated runners and £38 for unaffiliated runners. But you could be in with a chance of winning a race place for free, along with an official ‘hoodie’ top and T-shirt, by entering our competition (see below).

“We want people of all abilities to run,” said Kelvin Walker, the race director. “Probably half the field will be completing a half marathon for the first time.

“We do get people from all over the country and more than 100 from outside the UK.”

The race starts and finishes in Lammas Park and features a 13.1-mile route on closed roads through the leafy streets and parks of central Ealing and the surrounding areas. You can read what happened when a relative newcomer to running, our blogger Andy Mahony, experienced the excitement of the race for the first time in 2014 to get a taste of what to expect. He has since run it again.

More about the half marathon

It proved a big success with 4,500 runners taking part in that first race and it was clear an annual event would prove popular. So much so, that the not-for-profit Ealing Half Marathon CIC (community interest company) was set up to organise and manage it.

This growth has continued every year – and it is expected there will be 8,000 runners, 700 volunteer helpers and up to 25,000 spectators this year.

The success has not gone unnoticed and Ealing won ‘Best Half Marathon in the UK’ at the Running Awards in 2014 and 2015. It is shortlisted for the same honour this year – and voting closes on 20 April. You can place a vote online.

Over the past four years, the Ealing Half Marathon has helped raise more than £850,000 for charity; and the CIC has done presentations to more than 3,000 school pupils to talk about the benefits of running; and has helped community groups across the borough, and at least one school, set up running clubs.

Sandra Courtney, the events director, said: “I feel like we are really making a difference in the community, and beyond, by promoting the benefits of running, health and fitness to people of all ages, levels and backgrounds.”

Send your answers by email to aroundealing@ealing.gov.uk by 4pm on 28 April, titling your message ‘EHM competition’. The winner will be selected at

random from among the correct entries. Only the winner will be contacted. (If the winner does not respond, a replacement will be randomly drawn from the remaining correct entries). The name of the winning person may be published on Ealing News Extra.