Home > Citizens’ tribunal: ‘This is not a tick-box exercise’ 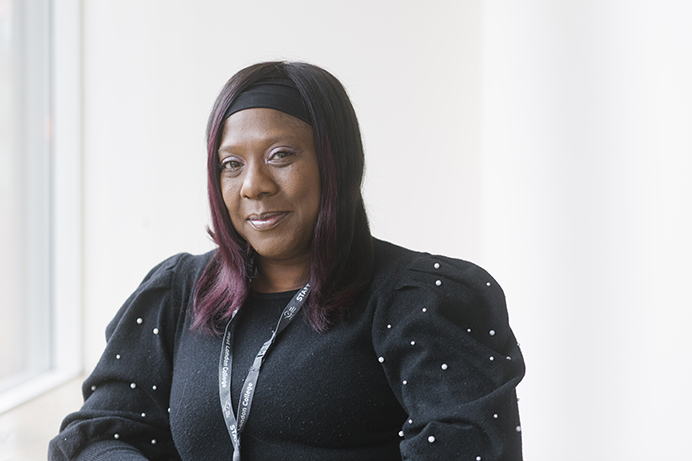 Citizens’ tribunal: ‘This is not a tick-box exercise’

“I can’t do the whole world, but I can be part of Ealing’s solutions,” said the woman who is chairing the new citizens’ tribunal set up by Ealing Council, which met for the first time this month.

An already active member of the community, Denise Charles is head of curriculum at West London College and chair of the Acton-based charity Descendants.

She also sat on Ealing’s independent Race Equality Commission, whose report published earlier this year led to the citizen’s tribunal being set up in response to its findings.

The tribunal is independent of the council and held its first meeting in October. Its aim is to hold the council and its partners to account on their responsibilities to fight race inequality and promote equality – and, also, to suggest ideas and initiatives for how to achieve this.

Earlier this year, the Ealing Race Equality Commission (EREC) published its report after a year of listening to the experiences of local people.

The report, which can still be read online, set out priorities for how organisations across the borough can work towards tackling inequalities.

In response, one of the council’s commitments was to set up the tribunal and, over the course of the summer, 10 tribunal members were recruited via an open application process overseen by an independent panel. And then Denise was appointed as its chair.

She said: “I love the fact everybody is independent on the citizens’ tribunal. It means we can hold people to account.

“We want to make sure all the actions from the EREC report are focused on and dealt with, whether it is housing, hospitals or education.

“What has inspired me to work with the citizens’ tribunal is to be part of the solution, ensuring that there is fairness for everybody within the borough. I can’t do the whole world, but I can be part of Ealing’s solutions.”

The tribunal will be focusing on seven priorities, including: Educational achievement for black Caribbean students; combating health inequalities; ending the disproportionate use of stop and search; and improved trust and engagement between communities and organisations like the council, police and health organisations.

‘We want people to give us their ideas’

Denise suggested that the members of the tribunal’s varied backgrounds should prove one of its key strengths: “It should help us come up with ideas and solutions that maybe people haven’t thought about before,” she said.

And it will hold regular online meetings, where anyone from the public can get involved.

“People need to attend those meetings, give their voices, let their voices be heard. In each different meeting there are going to be stakeholders there, so that then you can ask questions directly to those stakeholders.”

She added: “I think it is about trying to ensure that, the things that need to change, that finances are not a reason why things can’t be done.”

‘Not a tick-box exercise’

You will be able to find out more about how to get involved in the tribunal’s work soon, via the Do Something Good website and here on AroundEaling.com