Home > Win something to eat at Tonkotsu 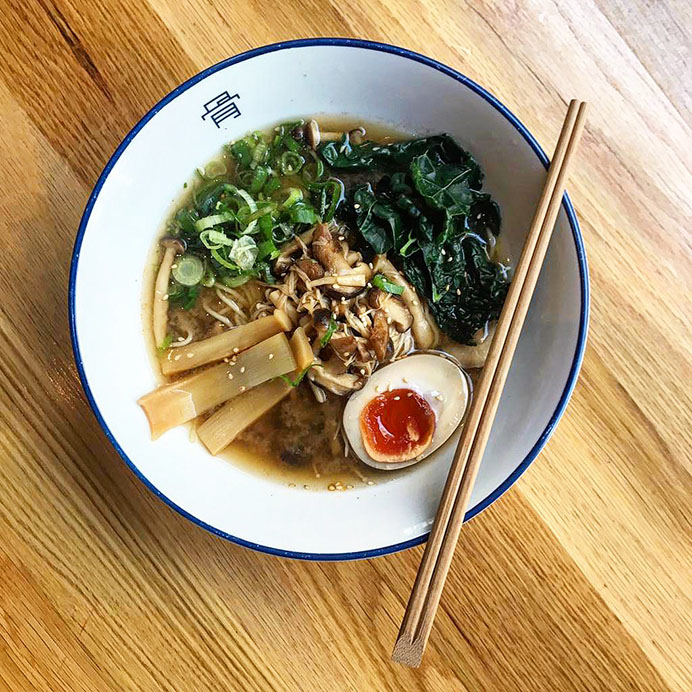 Win something to eat at Tonkotsu

No such thing as a free lunch? Well, how about some free Japanese food at a new restaurant in Ealing? Five lucky people can pick up prizes of a tasty, free ramen for you and a friend.

We have teamed-up with Tonkotsu, the new eaterie on the Ealing Broadway side of Dickens Yard, for a competition.

If you have not been to one before, Tonkotsu describes itself as a modern Japanese ramen bar with a laid-back vibe, and it has become well-known for the ramen with homemade noodles and broths it serves, alongside its selection of gyoza, korokke, chicken wings and karaage, sake, cocktails and craft beer. Ealing is the eleventh branch of Tonkotsu in London alone.

Should ramen be new to you, too, it is a hearty noodle soup with a selection of tasty toppings. It is served in a bowl and nearly every region in Japan has its own variation of ramen.

Tonkotsu serves its ramens in two sizes – one ideal for lunch, or for when you have a smaller appetite; and the other for a larger meal.

Trieu Luu, general manager of Tonkotsu Ealing, said: “We’re very excited to have opened in Ealing. It’s great to be welcomed into such a close-knit community

“Using noodle-making machines imported from Japan, we make three different types of fresh ramen noodle ourselves – Tokyo, Tsukemen and Tonkotsu. Each has unique characteristics, developed to complement our different stocks. Speaking of our stocks, our chefs put pot to stove and start making the day’s signature stock each morning – from scratch. We put our heart and soul into making sure every bowl of ramen that leaves our kitchen arrives on your table ready to rock your world.”

How to enter the competition

To be in with a chance of winning one of the five prizes – namely a free bowl of ramen for yourself, and another one for a friend – you need to answer the following question correctly:

How many different ramen are on the menu at Tonkotsu?

Your answer must be sent by email to aroundealing@ealing.gov.uk with the subject title ‘Ramen competition’ or it might not be included in the prize draw. The deadline for entries is 11.59pm on Friday, 8 March 2019. After that point, five winners will be drawn at random from among the entries with correct answers. Only the winners will be notified. No monetary alternative will be offered. Tonkotsu will contact the winners to explain how they can collect their prizes.