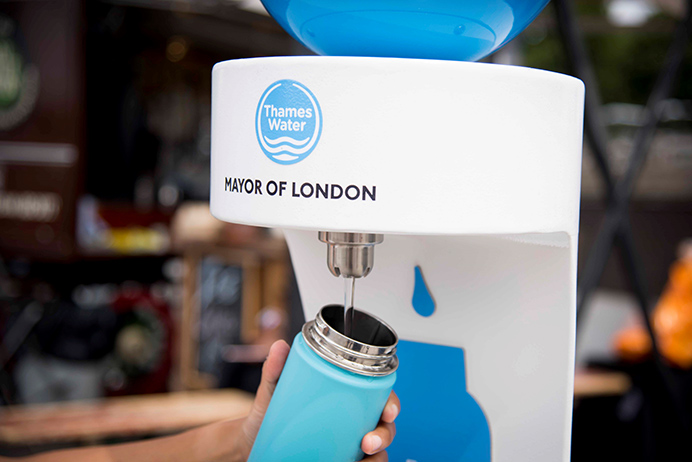 Ealing received the very first two fountains in a network of more than 100 new drinking water fountains for London.

It is part of a range of measures taken by the Mayor of London Sadiq Khan in partnership with Thames Water to reduce the number of single-use plastic water bottles used in the capital and to help provide free access to healthy tap water in busy places.

Councils from every London borough were invited to apply to host the new drinking water fountains, along with public and private land owners.

Ealing applied for five fountains and received two – one in Melbourne Avenue in West Ealing, which has already been installed; and another in Walpole Park in Ealing, which is going to be added soon.

Meanwhile, another local group applied for a drinking water fountain at Hanwell Clock Tower and it was approved. This has also been installed.

The average London adult buys more than three plastic water bottles every week – a startling 175 bottles every year per person. In total, some 7.7 billion plastic bottles are bought across the UK each year, resulting in substantial amounts of single-use plastic waste.

Earlier this year, Ealing Half Marathon Legacy installed a drinking water fountain in Lammas Park, with support from Ealing Council. And two others were installed by the council in September last year, outside North Acton Tube station and at Acton Skate Park, with help from #OneLess (a campaign led by the Zoological Society of London) and the Mayor of London.

Council leader Julian Bell said: “The new fountains will help local people stay hydrated on the go. It means they will not have to resort to buying single-use plastic water bottles, which could end up as rubbish on the borough’s streets, in the Thames or in our oceans.”