Home > The heart of adoption in London 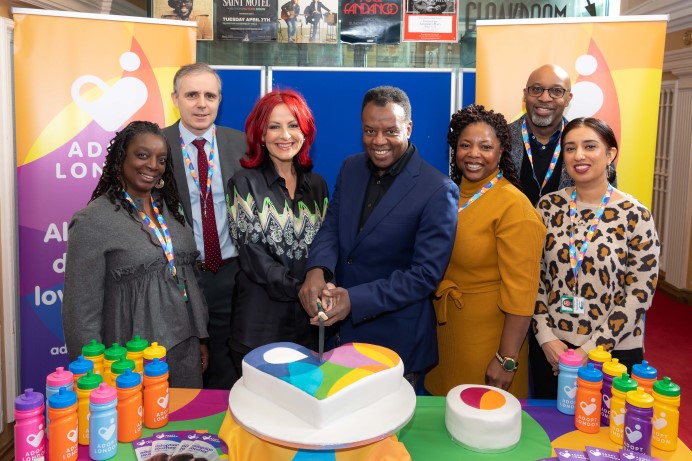 The heart of adoption in London

Adopt London, the new organisation at the heart of fostering in London, has officially launched.

The organisation brings together 23 London boroughs, including Ealing, and will help to find new homes for children in care and speed up the adoption process.

This comes after a decision was made to bring together different adoption agencies, which was described as a ‘postcode lottery’ in a previous article.

Celebrity couple Carrie and David Grant have four children, including an adopted son. They helped to officially announce Adopt London at the Assembly Halls, Islington.

The TV presenters, probably best known as judges on the talent show, Fame Academy, as well as for their regular slots on a range of shows from The One Show to Songs of Praise, delivered a speech urging members of the public to consider adoption.

With three children who have a range of complex needs, and an adopted son with special needs, the couple talked about some of the challenges they have faced while raising their children.

They also met staff as they put their support behind the new agency, which will look to work effectively to make a difference for children and families across the borough.

‘Make a difference to a child’s life’

The couple said: “Raising children with additional needs has been both challenging and fantastic. We’ve learned so much as family and we feel privileged to have been able to adopt a child. There are so many in care and in need of a family. We’d encouraged people to seriously think about adoption and how they could make a difference to a child’s life.”

Annie Hudson, chair of the executive board for Adopt London, said: “This is a first for London and sees 23 of London’s local authorities joining forces to speed up the process for people waiting to adopt children while also helping to cut down the length of time that children spend waiting to be adopted.

“Adoption is both rewarding and fulfilling and can make a real difference to both the child’s and the adult’s life. It’s important that we attract people from all parts of the community and that no one rules themselves out from adopting a child.”

Adopt London is made up of  four regional agencies in the north, south, east and west, which work together to provide adoption services for 23 of the 32 London local authorities. Ealing is the lead council in Adopt London West, as we explained in an earlier article.

Find out more at www.adoptlondon.org.uk