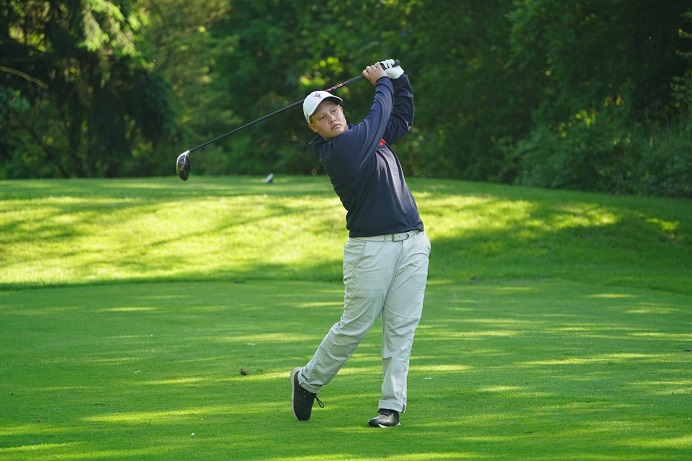 A one-of-a-kind initiative to help teenagers learn to play golf is one of several local projects looking for public support through Ealing Council’s Future Ealing Fund.

Richard said: “For some years we’ve been thinking of ways we could set up a junior section in the club. When I saw the tweet about the Future Ealing Fund, I thought wouldn’t it be great if we could set up an academy that brought through kids that wouldn’t normally be introduced to golf.

“Usually kids have a go if their family or friends play and have a set of clubs they can use. Not having clubs is a big obstacle, so, as part of the project, each young person will be given a set to look after themselves and use whenever they like between free coaching sessions.

Nearly at their fundraising target

“We’ve been given lots of support already. Everyone Active who run the Brent Valley golf course on behalf of Ealing Council, has given a free season ticket to each of the kids. We’ve also been given a generous pledge of £2000 by Middlesex Golf Union and we’ve also received so many generous pledges from individuals and organisations. We have just a little more than £1000 to reach our fundraising target and then we can access the match funding from Ealing Council and get started.”

The academy wants to start with a membership of around 16 local youngsters aged between 14 and 16. If they hit their fundraising target, they are going to work with local high schools to identify children to take part.

Richard continues: “Brent Valley is different to a lot of other golf courses, because it’s public, not private. This means that we can keep our subs low and we’re very much a community golf club. We hope that the children who graduate from the academy go on to build up a new junior section and, you never know, we might discover a future talent.”

The new academy plans to proactively reach out to local schools. And they have recruited local golf champion, Saskia Owen (pictured above), as an ambassador to help them reach out.

Saskia is soon to turn 14 years of age and won the 2020 Middlesex County under 14s Championship. And, despite being still a teenager, she recently out-performed most of the adults to be placed runner up in the women’s section of the Middlesex County golf championship.

Richard said: “Saskia lives locally. She’s agreed to come with us to the schools and talk about playing golf and hit a few shots. We’re really pleased to have her with us.”

Projects that hit their resident fundraising goal receive up to 50 percent match-funding from the council. Those that don’t reach their target won’t receive any funding, either from resident’s pledges or the council. All projects have different funding deadlines. The Brent Valley Golf Academy’s deadline is 31 July.

Councillor Jasbir Anand, cabinet member for thriving communities, said: “These are small projects designed to make a big impact and every pledge matters, regardless of how big or small it is. I invite everyone to go to the Spacehive website and see if there is a project they would like to back. The groups behind them are part of a huge community-led effort to make our borough better post-COVID and they need our help.

“And if you’re feeling inspired, and have a good idea of your own, take a look at our website to find out how you could be involved in the next round of crowdfunding.”

Next round of funding coming soon

Ealing Council is now on the lookout for the next batch of community projects to give its support to. From Tuesday, 13 July, groups can submit their good ideas for consideration for the next round of Future Ealing Fund support.

Anyone interested in taking part should sign up for an online workshop on Thursday, 13 July from 2-3pm. There they will hear details on the criteria for projects and the submission process. Those unable to attend can ask for more details via email at support@spacehive.com.