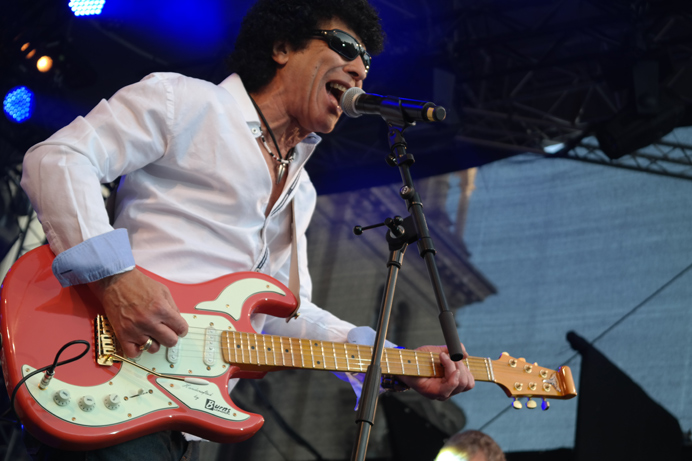 Walpole Park in Ealing will provide your soundtrack for the summer as it hosts two consecutive weekends of live music with the long-running and ever-popular jazz and blues festivals returning.

Across 22–23 July, the Ealing Blues Festival will feature world-famous acts The Blockheads and Mungo Jerry (pictured above) as well emerging bands from the blues scene.

Originally started as an independent event by Bob Salmons (AKA blues musician Robert Hokum) back in 1987, the festival celebrates Ealing’s music heritage. Dedicated to championing and supporting young talent, the festival will see the likes of Winnie & The Rockettes, Georgie Chapple, Du Bellows, Andy Twyman and Tom Walker taking to the same stage as the headliners.

Musically rooted in the blues, jugband and skiffle traditions, Mungo Jerry’s 1970 hit In The Summertime has become the fourth highest selling single of all time and is still featured in films and adverts to this day.

Although not strictly a blues band, The Blockheads have proved very popular with the blues and roots audience over the years. Certainly the observational and witty lyrics of their late frontman Ian Dury have much in common with those of many of the great blues singers and, marking the 40th anniversary of their album New Boots & Panties, the Ealing Blues Festival will be their largest London show this summer.

With arguably its strongest line-up to date, the Ealing Jazz Festival will combine an exciting mix of local talent and household names over the weekend of 29–30 July.

Following the predictably excellentset from headliner Roy Ayers last year, another international name in Ghanaian highlife and afrobeat legend Ebo Taylor will headline in 2017 with the seminal and innovative British jazz musician and woodwind virtuoso Courtney Pine CBE, British neo-soul icon Omar and Kenny Garrett. Nubiyan Twist and Mammal Hands will be among the other top performers.

Advance tickets: £5 per day or £10 for the weekend (plus booking fees) at www.ealingsummerfestivals.com