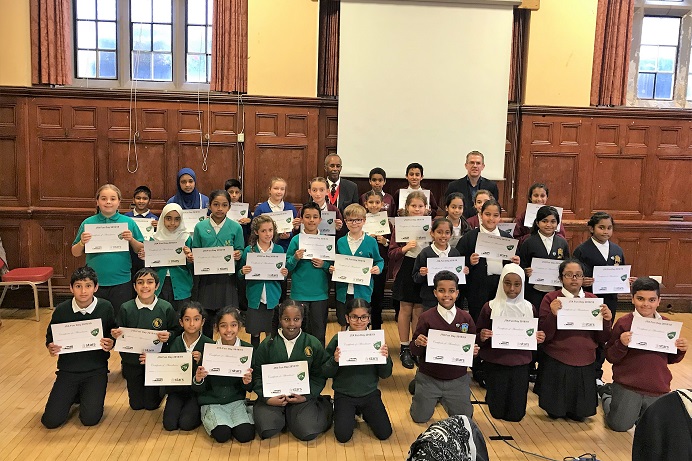 Junior Travel Ambassadors from schools across Ealing have been planning since last month for National Road Safety Week with this year’s theme being ‘bike smart’.

Starting today, the UK’s biggest road safety event co-ordinated annually by Brake, the road safety charity, aims to inspire thousands of schools, organisations and communities to take action on road safety and promote life-saving messaging during this time and beyond.

As part of the council’s Get Moving campaign, cycling and walking is highly recommended especially when taking short trips around the borough. The benefits of deciding to take other means of transport besides a car or public transport can reduce the risk of suffering serious health conditions.

Cycling is one of the healthiest, cheapest and most environmentally-friendly forms of transport available with the benefits to climate, public health, air quality, congestion and the economy widely acknowledged.

Cyclists and motorcyclists are among the most vulnerable road users in the UK, with more than 100 riders injured every day in needless, preventable crashes. The dangers (and opportunities) posed by bicycles and motorcycles are distinct but those on two wheels are united by the urgent need to reduce their risk of death and injury on our roads.

The inaugural planning/fun day for the Junior Travel Ambassadors (JTAs) held on 17 October 2018, was organised by the council’s school travel team as part of the annual JTA programme. The day involved workshops on public speaking at assemblies, promotion of campaigns, running competitions and of course, planning for Road Safety Week.

Throughout this week, schools will be running a reflector shop, Be Bright Be Seen mufti days and promoting the theme Bike Smart as part of the campaign. Some will also be holding poetry and poster competitions for the younger years where prizes including reflectors and having the winning designs included in their school’s newsletter.

Councillor Mik Sabiers, cabinet member for environment and highways, said: “Road safety is vitally important. People need to not only remember the rules, but follow them when they’re out and about.

“Those travelling on two wheels are among our most vulnerable road users and everyone can play a role in helping keep them safe from harm.

“Our dedicated JTAs across the borough are key to spreading that message within schools, and to explaining how crucial it is for kids to understand how to stay safe on Ealing’s roads.”

Free Action Packs are available from the Road Safety Week website for those who would like support in organising events, visit www.roadsafetyweek.org.uk/members.

A few facts on why the theme is important: